I'm really excited about this new project.  Our friends are having a baby soon so I've started a new blanket.  I'd planned to start in January anyway but I hadn't realised they're due a little sooner than I thought!  I didn't really have a design in mind and wanted some inspiration so I looked through my favourite blogs and hit upon Heather's pram blanket for Tiny Tin Bird on her blog Little Tin Bird, it's just lovely!

I headed into the City to buy the same Debbie Bliss colours she used, because why reinvent the wheel when I loved everything about it, but alas Abakhans don't stock it!  I'm not sure why I thought they did.

I tried to remember what shade each colour was and tried to substitute with Sirdar Snuggly DK. They didn't have a yellow I wanted in that range so the one I bought it from their Country Style range instead.  As it happens Heathers yellow was much paler but I quite like the brightness of the one I bought.  There also wasn't a green that I liked, although I found some Merino later in the sale section ♥ 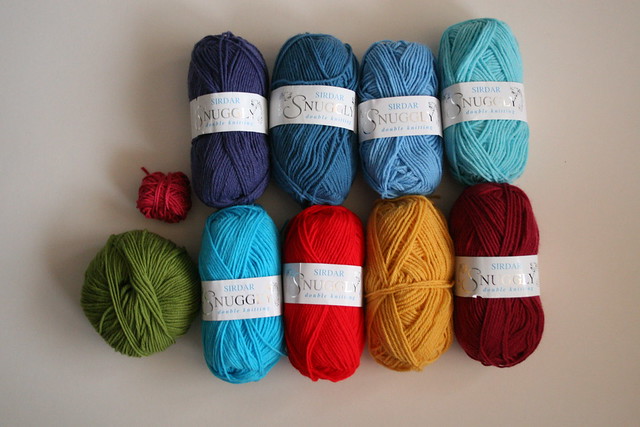 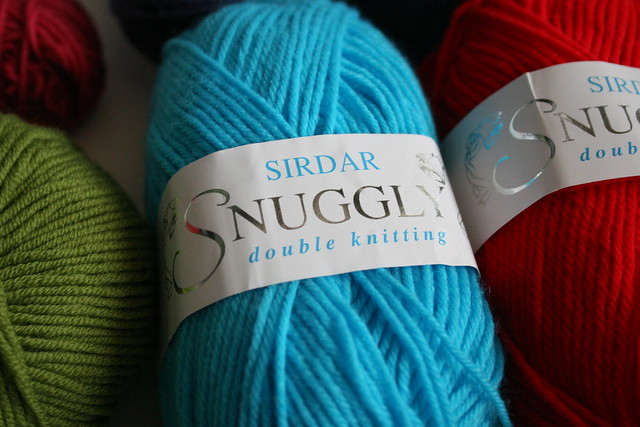 When I got started I decided the darker red, which I'd intended as a sort of pink to off balance all the blue, didn't work and the dark blue was too dark.  I found a tiny amount of some pink Debbie Bliss Baby Cashmerino, which isn't going to go very far but it might just help.

I started by chaining 100 using a 3.5mm (E) hook on Saturday, following Heathers method of not turning the work because I also like the "front" of the stitches.  It really hasn't taken long at all to get this far at all.  I hope it looks fairly neutral, although there's a lot of blue in there I'm hoping it's not too blue. 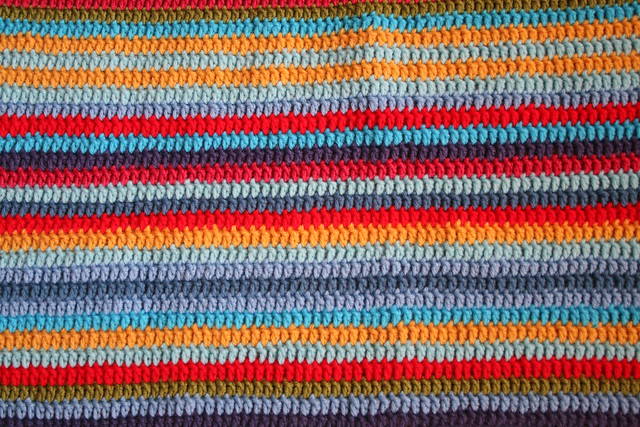 Now lets talk about not turning.  I already know from making my Muriel blanket that if you don't turn your work everything ends up leaning to one side (the right if you crochet from right to left), and that's exactly what Heather says happened with hers, although you couldn't tell once she'd added a border.

I thought I'd try and be clever and every so many rows I'd join the next colour slightly to the left and then increase at the end of the row, but it hasn't really helped.  After trialing a border on the stitches I have I'm not too worried because it really didn't look as bad, but I had to rip the border back because I'm no where near ready for that.  At least I know what I plan to do! 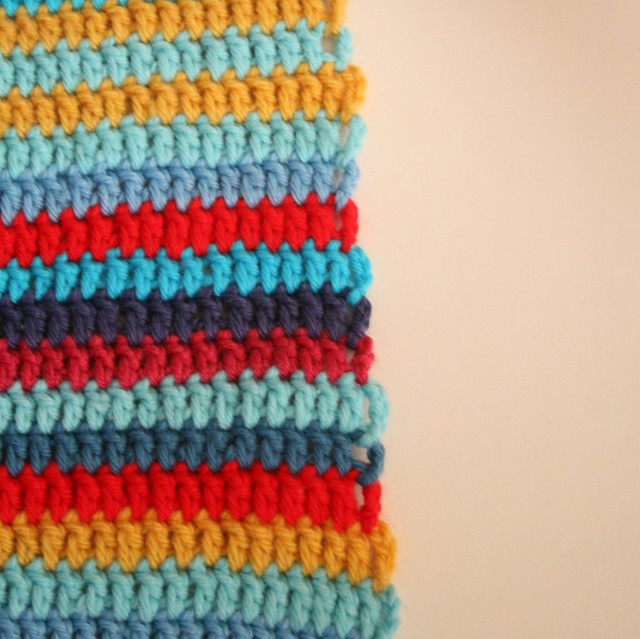 Not even sure what shape this is trying to be, and urgh to all those ends to sew... 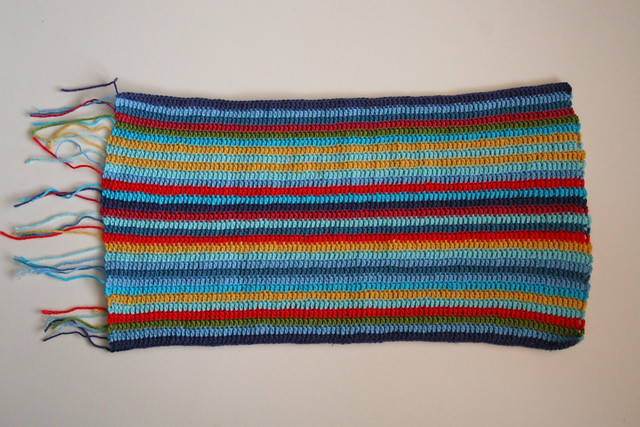 As usual I had some assistance...  They really love this piece of cardboard!  For some reason it was left by the previous owners of our house but it's really handy for taking photos, but here you can see the reality of my livingroom; handbags on the floor, instruction manuals waiting for a home...  Real life stuff ♥ 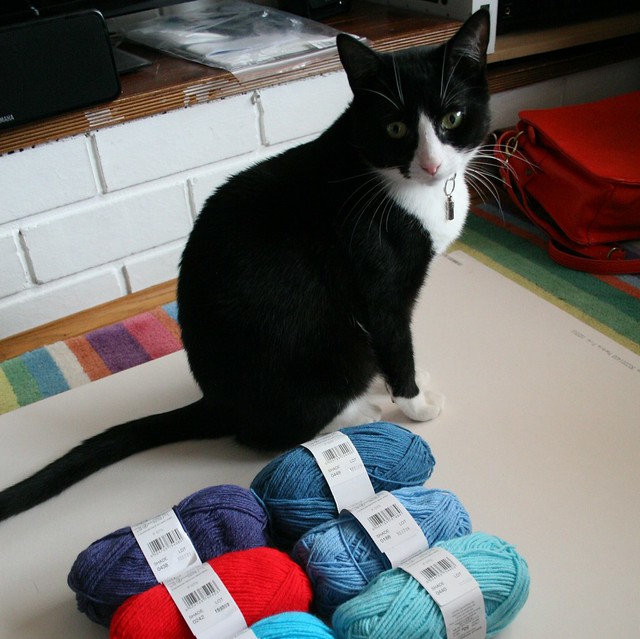 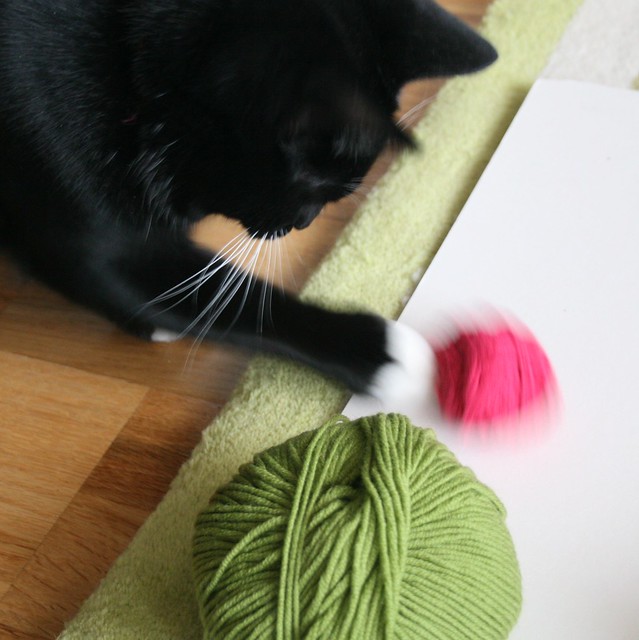 Time for another cup of tea before getting on with more stripes.  Have you started any new projects this year?