Somewhere over the rainbow

I should have my Rosie Elmer blanket finished and ready to show you, but oh no!  No, almost as soon as I blogged about it I started 2 new projects haha!

A friend from my WI is having a baby in the next month and I'd been thinking about making her a blanket, although she's made a couple being a knitter, but I just couldn't let it go. 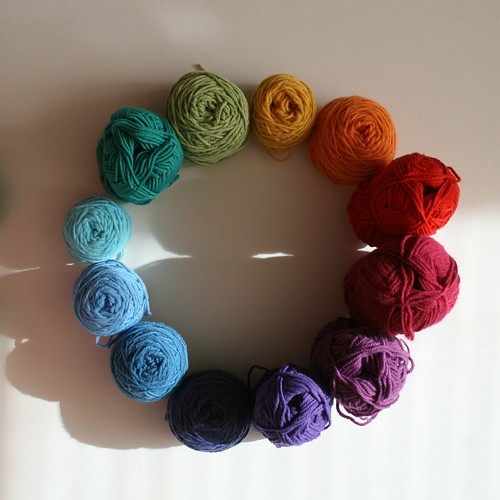 I grabbed left overs from my Bright Stripes blanket with a few other colours to make a rainbow.  I love it!

I think I made my foundation chain a little too long so I'm not sure now if my stripes will be horizontal or vertical, but we'll see how I get on; I've got about a week to finish.  Isn't it jolly! 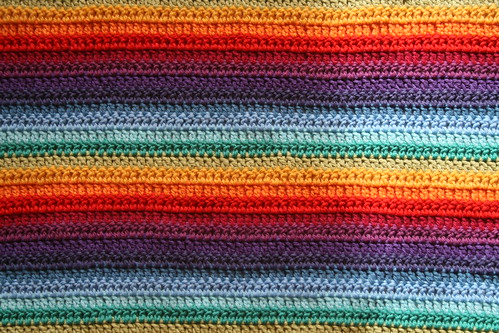 I don't know if any bloggers in the UK saw the solar eclipse on Friday but here's my contribution ♥ Admittedly not the most amazing photo but it's a nice reminder of a (probably) once in a lifetime opportunity.  I was soooo excited, I have to admit I didn't actually do any work at work until around 10am...  It's just fantastic to see the universe at work, we know the Moon orbits our planet and we orbit the Sun (or we wouldn't have seasons!) but normally it happens so gradually we just take it for granted, but to actually see-the-moon-moving-in-front-of-the-sun was phenomenal!! 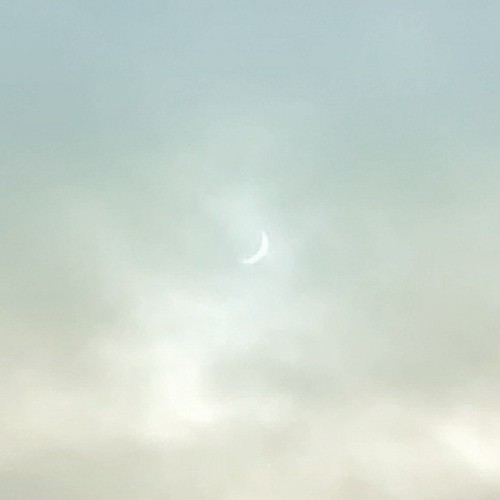 A little more down to earth, we did a bit of DIY for the cats last weekend.  There's no way for them to go out when they want and we think they may have had access to the outside in their previous home. Dizzy for one gets very restless and I think he needs to stretch his legs.  The only problem is we had no wall space leading to the outside, other than under the kitchen sink... 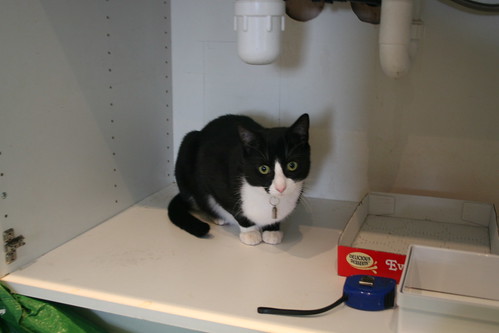 I know this makes it look like I did all the work...  Good camera work J! 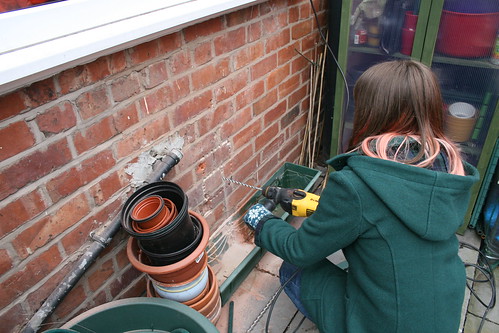 But actually my dad did 97% of it in his very pro looking railway jacket.  We really would be lost without him 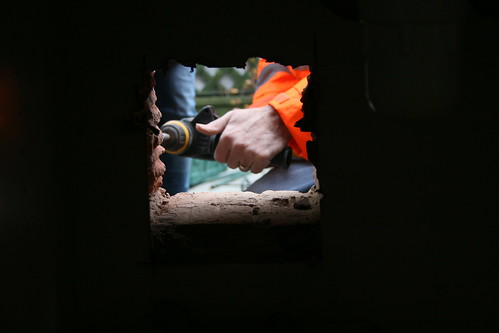 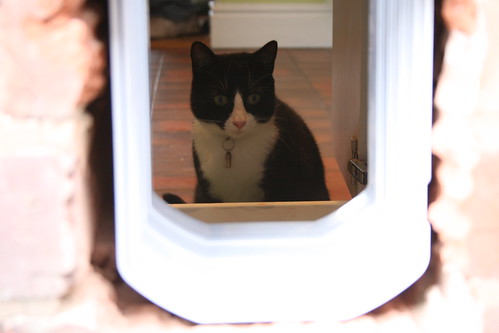 So now they can come and go as they please, although Dizzy is stupid and insists on pushing the flap open with his paws, so his head doesn't get close enough to the microchip sensor to activate.  We've had to put it into training mode until he gets used to it, but he'd better figure it out of we've spent a lot of money on a normal cat flap!

He might be stupid (sometimes) but he is very photogenic! 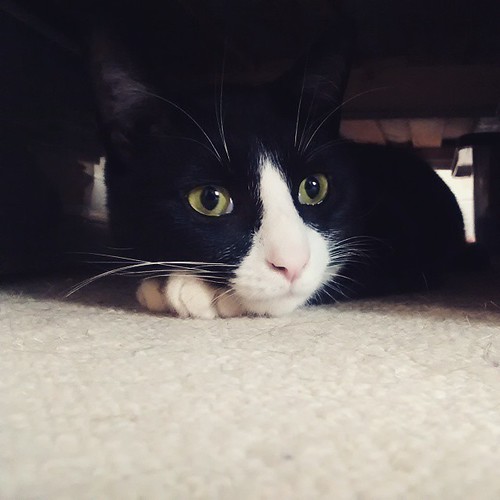