Me and my bike - part two

So I said my next step would be to attach a shoulder strap to my pannier. I am so glad I did (you'll see why...)

Quite a while back I thought I might make a Cath Kidston-esque bag and in the end I decided not to (the market has them for £10!!) but I'd bought all the buckles, fastenings and a leather belt to cut up, everything I needed really to make the strap.

It was a bit dark to photograph it in the making so I'll just show you the finished thing :) 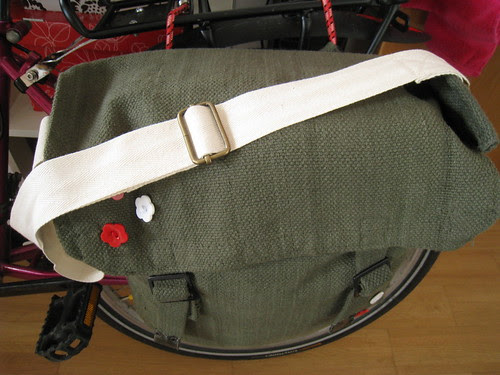 FYI: Leather is not nice to sew through! I broke two needles and myself doing this part 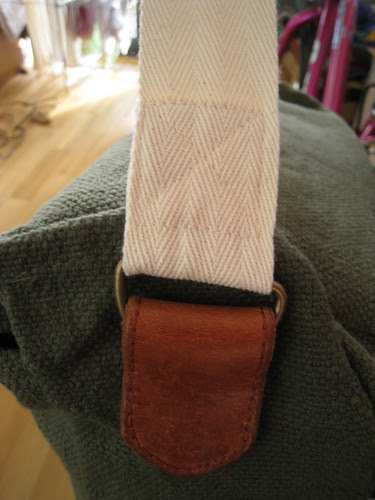 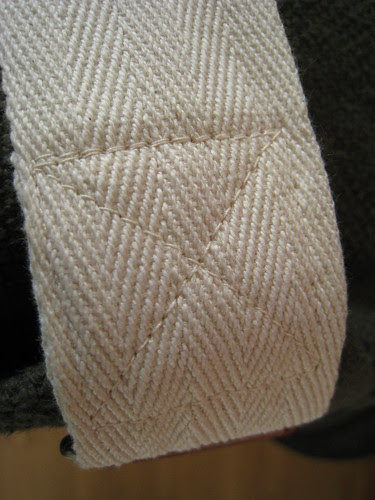 I was still having a bit of trouble with the bungees being too stretchy and a couple of time's I've had to stop to re-adjust etc...

Then yesterday after work it decided to pour; no bother, I was going to carry on as normal. I think I'd ridden a few yards out of the car park when disaster struck!! The bag and it's buttons got caught in the spokes and ripped clean off! :o 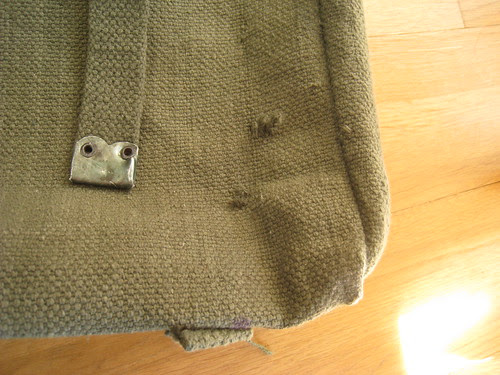 Fortunately I wasn't on the road so I could gather them up and put the bag over my shoulder - SEE now why I was so pleased :) Sadly bag now looks a bit battered! 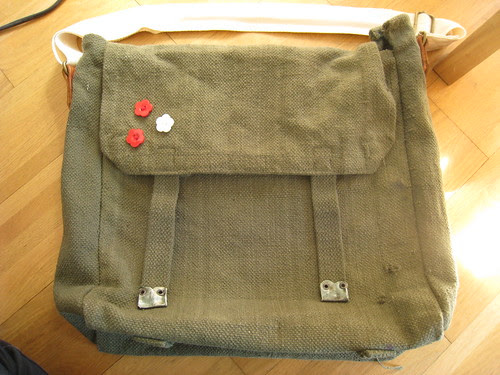 I'm not too deterred, the holes can be patched and buttons sewn back on, but I think I'll be removing the chopping board and using it as a shoulder bag instead. I just don't want my things to fly off into the road under someone’s car, or worse get something stuck in the wheel which catapults me off instead haha!

Instead I've decided to invest in some proper panniers but this hasn't been easy! My main requirement has been to get a bag that's as practical off the bike as on. Basil make some really lovely ladies pannier bags and the shoulder bags in particular seemed ideal; they've got a zip pouch on the bag that conceals two hooks to clip onto your rack. The only downside is they're a little on the small side.

The double pannier bags however are much larger and only cost a bit more for the two. The downside to these is they're permanently attached meaning you can't use just one, reviews suggest they're a little fiddly to attach to the bike (but my pannier rack has a spring loaded section which I think could slide over the bag fixings) and they don't come with a shoulder strap and even if they did I think they'd be clumsy to carry. 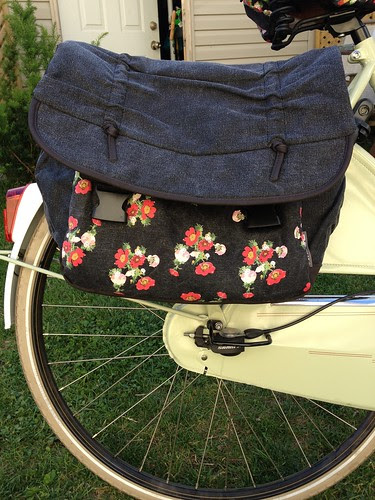 That said, I've bought a double pannier bag anyway! Amazon had them for about £56 but Evans Cycles have a £10 voucher off a £50 spend so I have them for about £52 (and I might get some cashback through these guys at Top Cash Back so I'm just going to see how they attach and carry about; if they're no good I can return them to the shop for free.

What a drama eh? As soon as I can collect I'll be taking some more photos and hoping that they're everything I ever wished for :)