I definitely don't need to buy anymore clothes, but making them's okay right?  OF course it is!

I bought this pattern ages ago because I fancied a change from skirts and dresses.  I think it might also have been on sale which helped. 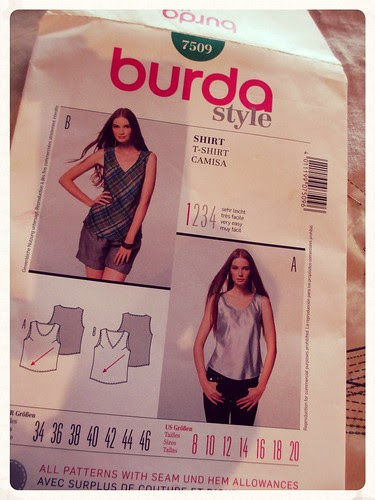 They're not the most adventurous of tops I admit, but I reckoned a few of these would be great for work.  Because I always need more work tops, don't I?  No.

This was a new one for me, cutting on the bias.  It was a right pain to fold properly to pin out the pattern pieces but once pinned it was a piece of cake really.  No zips, no sleeves, no waist bands! 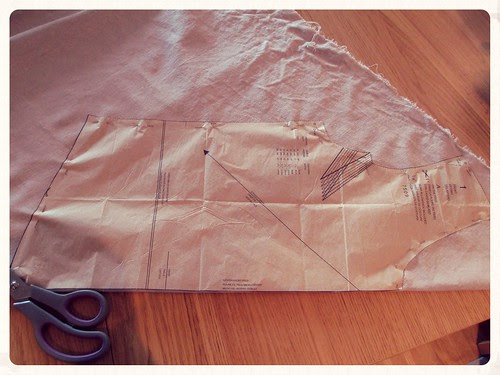 One very nice (if I must say so myself) dart. 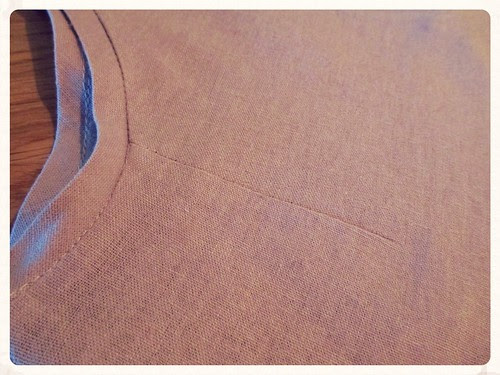 And there you have it.  I used linen, mainly because the pattern suggested it and who was I to argue.  When J took a photo of me wearing it I blended into the curtains.  Camouflage for when I need to hide from him, like possibly later in the week if when he discovers I placed an order for more Stylecraft.  Yep. 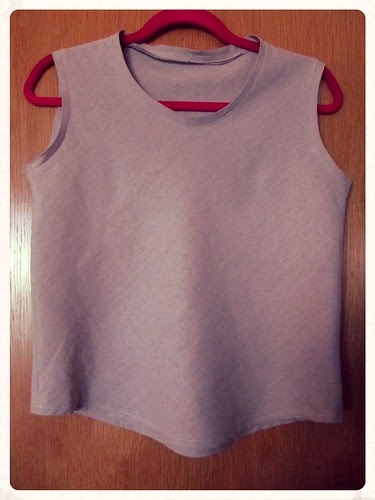 I reckon being me it could do with some livening up.  Given that I've not finished sewing the red buttons onto my skirt I don't think buttons are necessarily the answer.  I'd quite like to give embroidery a go, I have some lovely books on sewing that my Dad of all people bought for me.  He is awesome! 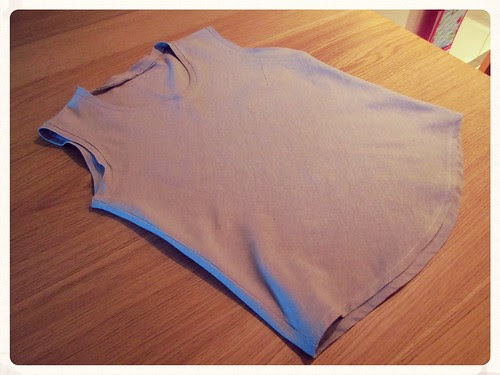 So perhaps an embroidery ring will be added to my wishlist.