I'm not sure how many people want to make one of these but I think they're great, and with Christmas coming up I thought it might be a good present to make for kids and big kids like me :-)  I'm going to make another in red and green. 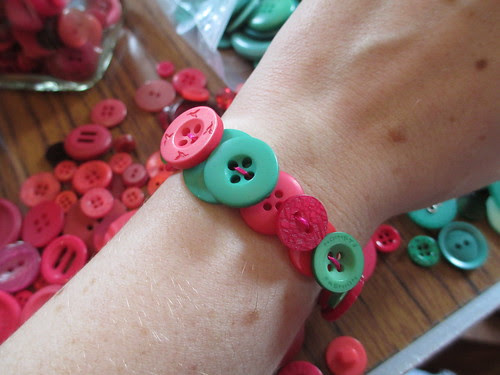 First things first then, you need some stuff.  Hopefully you have most of it in your crafty stash!  If not then what better excuse to go shopping, but as the idea of this is to recycle why not see if you've got anything around the house.  Old clothes you can cut the buttons off? 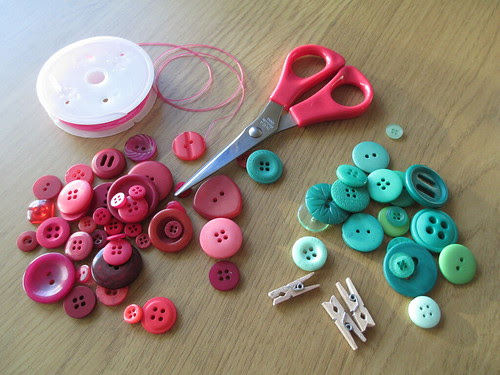 
I bought mine from the Rubbish Revamped ladies because I suspected I wouldn't get out to buy any, but you can get probably it in any decent craft shop or on the tinternet

3 :: Scissors
4 :: Something to hold the end of the elastic.  I'm using little wooden pegs (because they're cute) but paperclips would be just fine

Start by cutting your elastic thread, I used about 25/30 cm because your thread needs to weave in an out of the buttons and you need to tie it off, so it's probably more than you'd think.  Secure the end with your peg/clip. 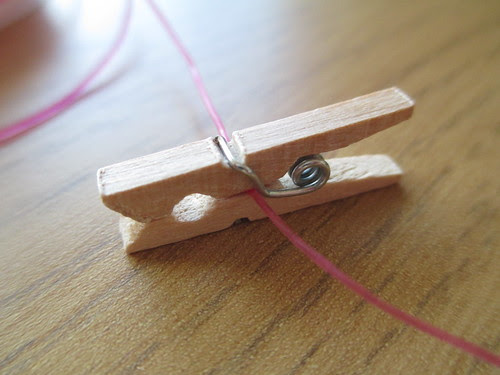 Now for the real fun...  Start choosing your buttons!! 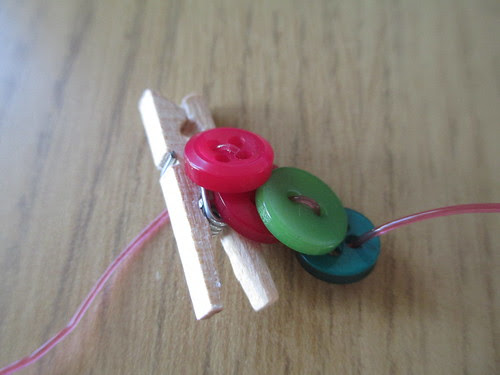 I already made a medium sized bracelet so I'm going to pick out the smallest ones but you can choose whatever you want.  Alternating sizes look pretty cool. 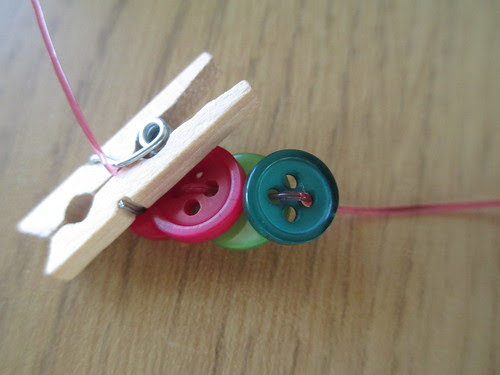 Most buttons have four holes so you want to thread diagonally across these, like the dark green button on the end.  Make sure you thread from the back as well, unless (as I found) some buttons are actually prettier on the back, then thread those from the front instead. 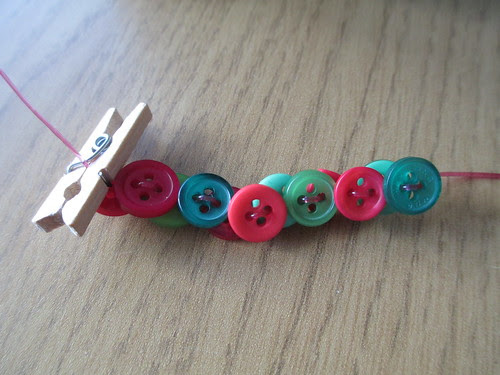 Another tip, if you want your buttons to alternate in colour like this, you need to thread two of the same colour at a a time; red, red, green, green.  If you thread red, green, red, green you'll get all your red on one side and all your green on the other, but this is equally as lovely. 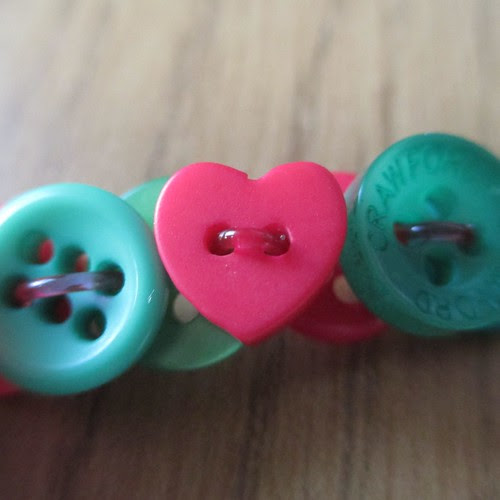 My favourite thing is picking out interesting buttons.  I love this ♥  You can also layer two buttons together like this for a centre piece (makes a great ring too). 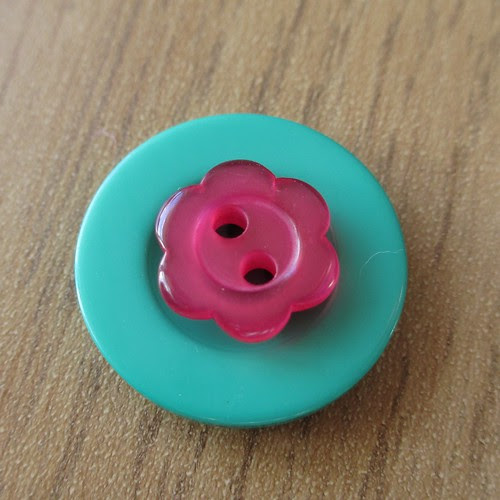 When you're done snip both ends until they're the same length.  Another tip, if you want to keep the length but one side is longer than the other, slide some buttons off and put them on the longer side 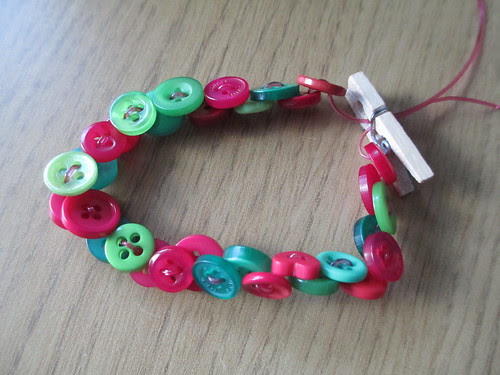 Now for the hard bit...  Knotting!  I hate this bit, I found it quite hard, but no pain no gain?  You'll want to hold the two pieces together and do an 'overhand knot' rather than a shoelace type knot because it will probably come undone and then there'll be buttons everywhere. 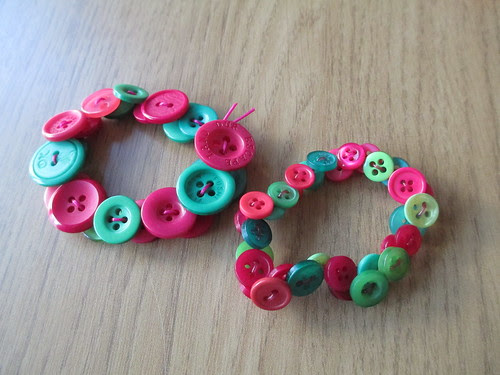 But now you're done! 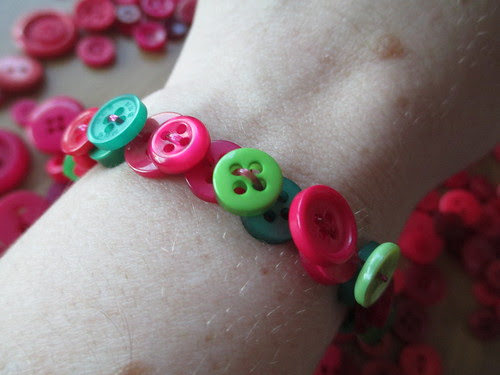 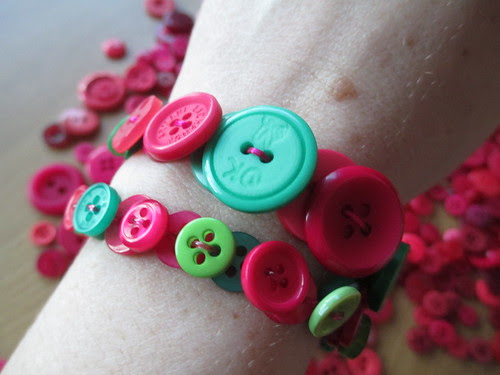 Wear, enjoy, make yourself a brew and congratulation yourself on being a master of craft ;-)

Email ThisBlogThis!Share to TwitterShare to FacebookShare to Pinterest
Labels: Making