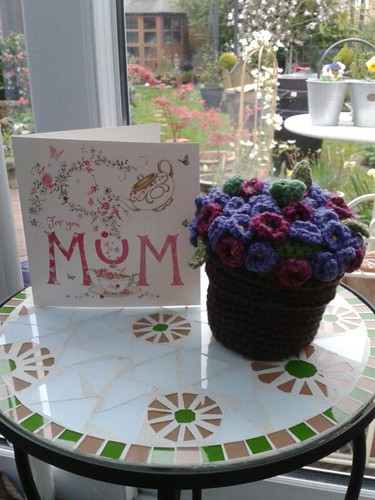 My mum kindly took these photos for me of the present I made her for mothers day.  The pattern is
Amigurumi Potted Plant by Lion Brand, which according to Ravelry I saved three years ago!  It always helps to save things for later x

You can sneakily peak my parents garden in the background, it's absolutely lush and they've spent a lot of time on it, especially in the last couple of years.  We had a BBQ at the weekend, after an initial technical hitch because we didn't have fire lighters we threw on a whole bag of kindling (overkill?) and I've got to say we did pretty well!  My Dad was the most relieved because his last BBQ took about 4 hours and I think the food ended up being oven cooked because the coals didn't get hot! 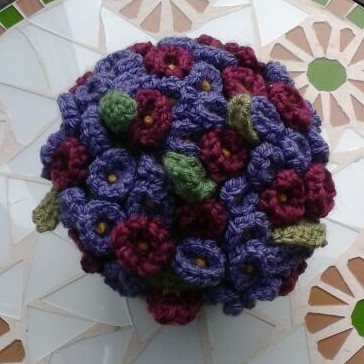 J & I went to London last weekend and spotted on the Underground that the Olympic park is now open (and free) so we decided to have a visit. 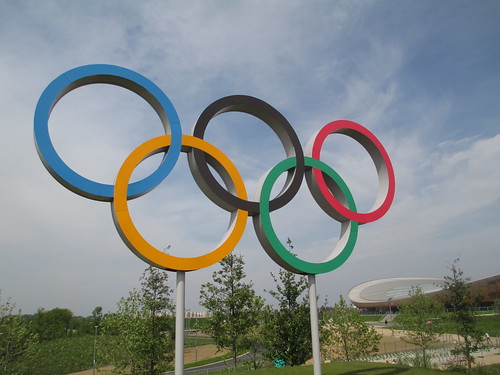 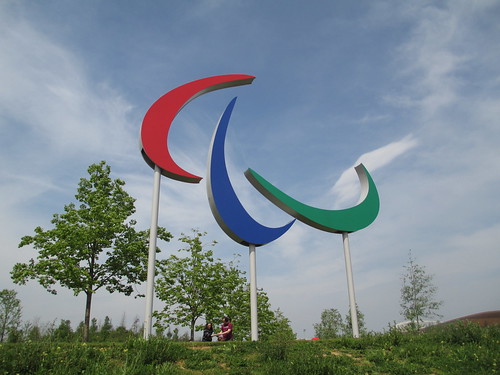 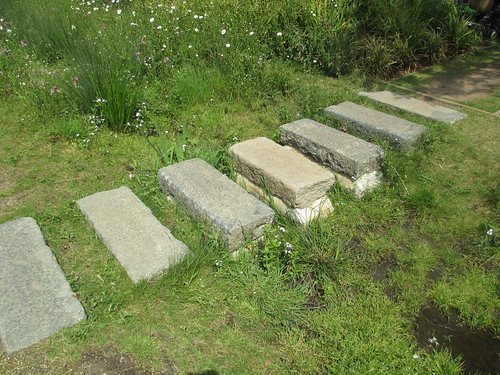 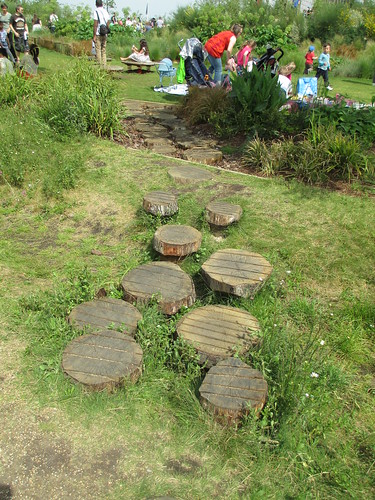 The park was absolutely packed so although it was a bit too busy it's nice to see the area being used.  I'm pretty sure that before 2012 (and before construction began) it was a bit of a wasteland here so to be able to enjoy it now is quite lovely. 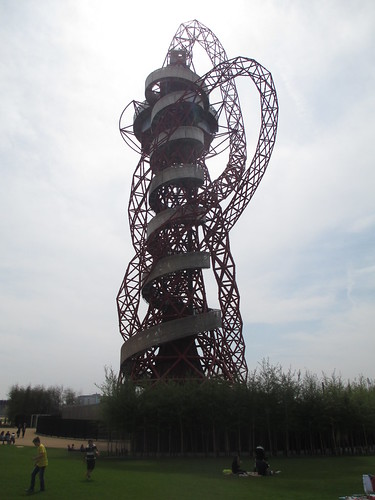 I'm still disappointed that this isn't actually a roller coaster. 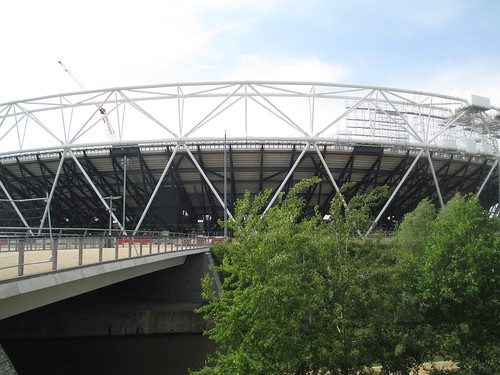 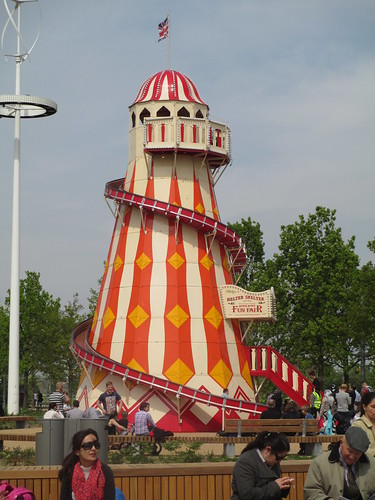 I think the helter skelter was £6 to go on, which if you ask me is a complete rip off.  I went on one two years ago at Tatton Park flower show for about a pound!  Grrrr

Despite the pricey food (bring a picnic) there is loads of cool stuff for kids like a climbing wall, fountains and play areas 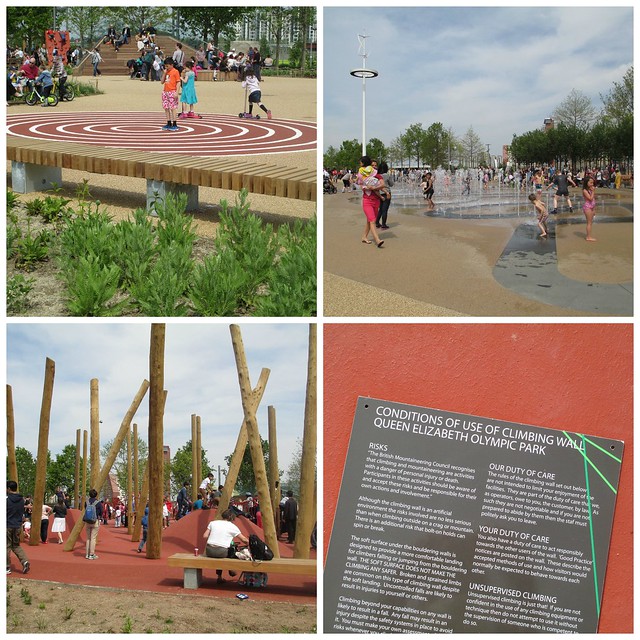 Back at home my Dad helped me to put together a charm bracelet.  I only asked him for some pliers or something to help pull apart the jump rings and he came back with about 5 different tools, a stand to hold the chain with a magnifying glass and solder.  Result! 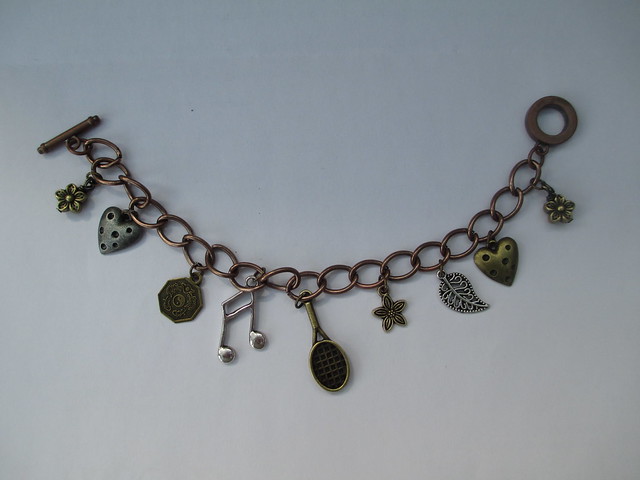 This is my first attempt at jewellery making and while it was incredibly frustrating at first, and I stabbed myself with some pliers between the eyes (luckily not in the eyes) I quite enjoyed it.  Actually no I didn't, I liked it when it was finished!! 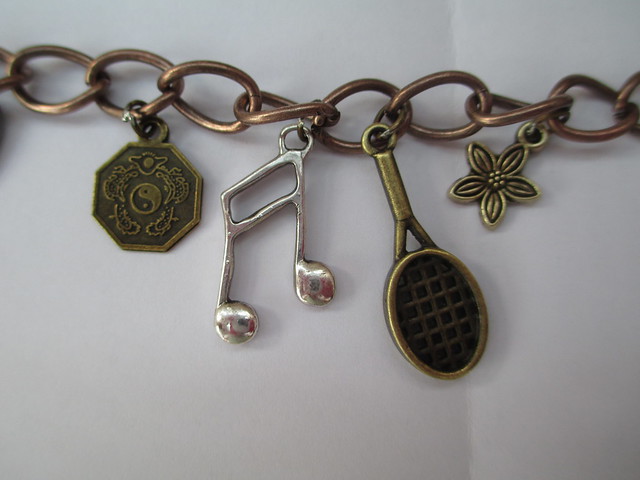 Sadly it was not made for me and has been given to F for her birthday.  She's a music teacher and her girlfriend is really into tennis so I was lucky to find the most appropriate charms! 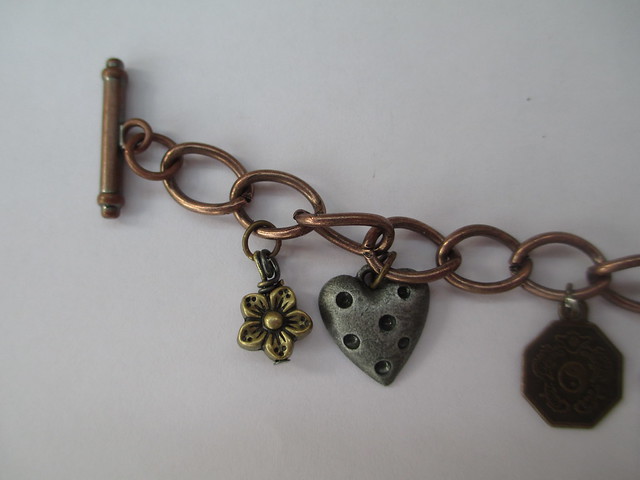 I had to make the little rings above the flowers on the end (this is how I stabbed myself) but look how neat!!  Not bad for a first go? 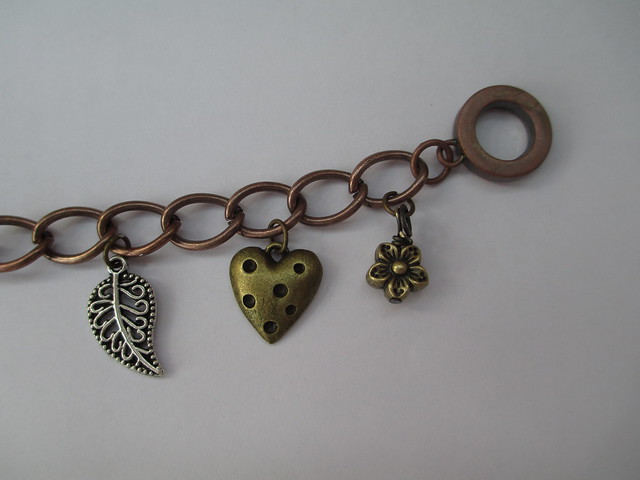 They're all soldered into place to keep them from falling off, no corners were cut here where my Dad was concerned!

Alas I think weekend chores are calling :-(  We had a good old tidy a few weeks ago to be slightly more presentable when the first of our friends came to visit, but now it's state again!


x x x x
P.S I met little O at the weekend and my friends really loved his presents! ♥
Posted by Nicole at 10:47