Knock knock, Who's there?

Thank you all for you lovely comments on my Bright Stripes, I'm still very much loving this project and I'm really happy with the colours, even if I've been leaning towards blues.  The blanket itself is still leaning but hey ho it's fine.

I'm very excited to share with you the finally finished Dr Who!  Don't get me wrong because I'm definitely a fan of science fiction but I'm really not into Dr Who.  I do feel like a bit of an expert on Matt Smiths hair now however! 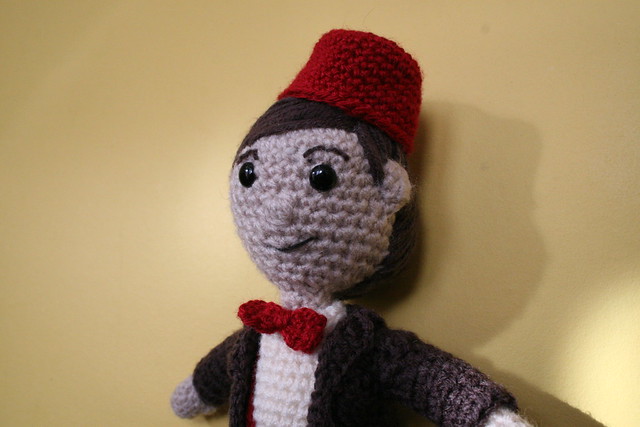 I actually quite enjoyed making him but I probably won't be doing another any time soon.  My Uncle is pretty knit worthy (yeah, I know it's crocheted, it just doesn't work!) so I was happy to oblige his rather random and specific request for a "raggy doll Dr Who, the one played by Matt Smith" 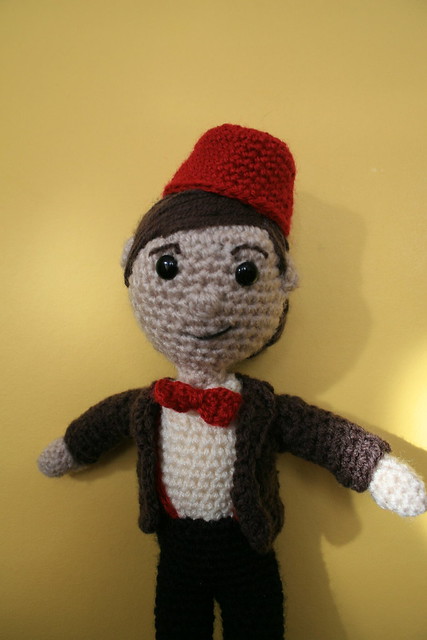 He was rather fiddly being made of different pieces sewn together, which isn't something I particularly enjoy, and I did the legs so many times!  One set were ridiculously long, the other were different lengths, in fact these aren't quite right which is why he's wonky! 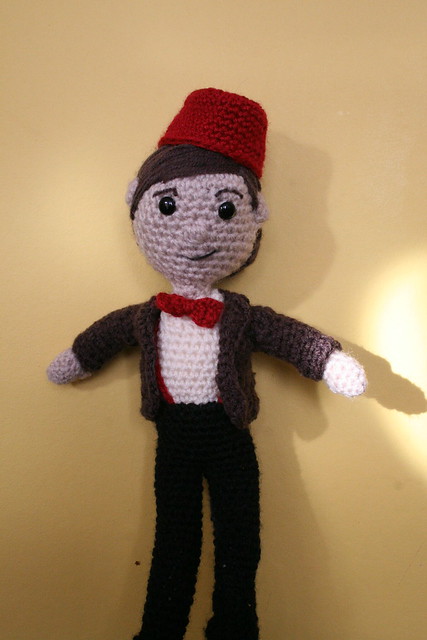 His little jacket is detachable and so is the Fez but it probably needs sewing on, I think my Aunt is going to sort that out. 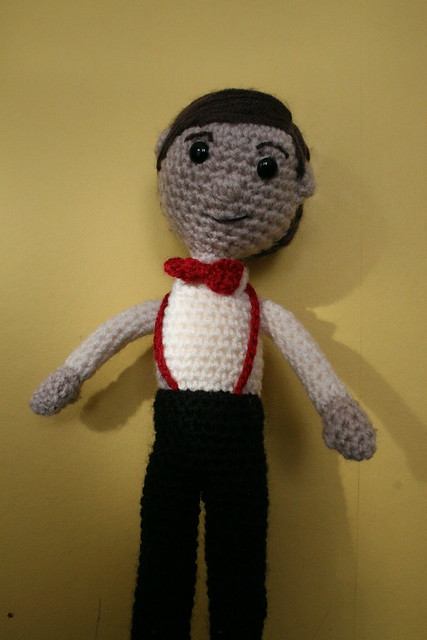 Now lets talk about his hair...  I LOVED this part 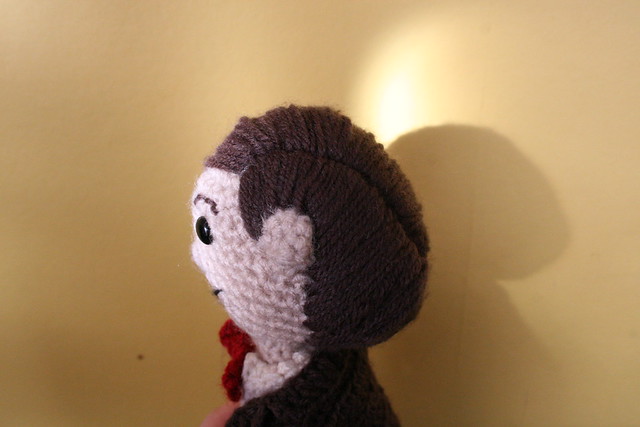 I am blubberingly proud of the fact that his hair actually looks like hair.  His head's a bit tilted back so it doesn't look quite right but it's not bad.  You start out with a sort of wig (just a brown crochet circle really) and then sew the hair into place.  Dr Who number eleven has a side parting which is fine when you look at him from the front, but what on earth does the back look like? 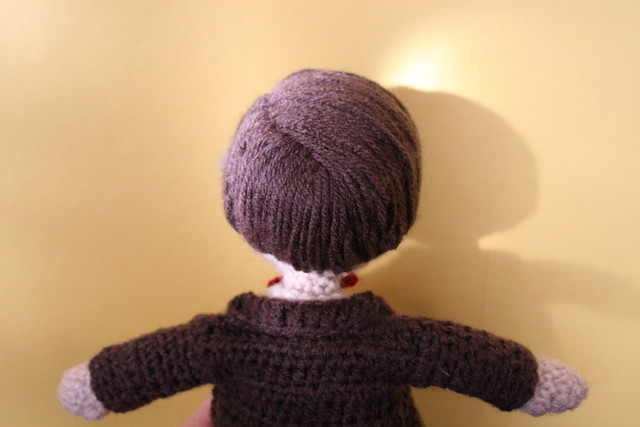 Awesome!!  I realised J also has a side parting so he became my muse, and now thinks this looks like him.  Erm... yes.

The pattern was $6 from  Allison Hoffman on Ravelry which only worked out at a couple of pounds, for the detail I think it's quite good value really.


Here he is atop a camel, because all Uncles have living rooms full of camels right? 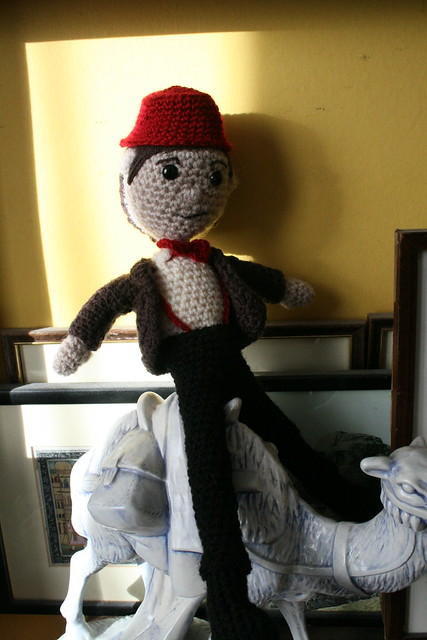 The drive to see my Uncle and Aunt was as spectacular as ever, it usually is but I think it looks even better with snow, even just a little bit.  I remember my first drive over the Snake Pass being really magic.  I'd set off early in the morning to avoid the inevitable traffic in Glossop.  It was cold and frosty and mist was coming off the lake (reservoir?) and light was beaming through the pine trees.  I just remember thinking 'this is amazing!' 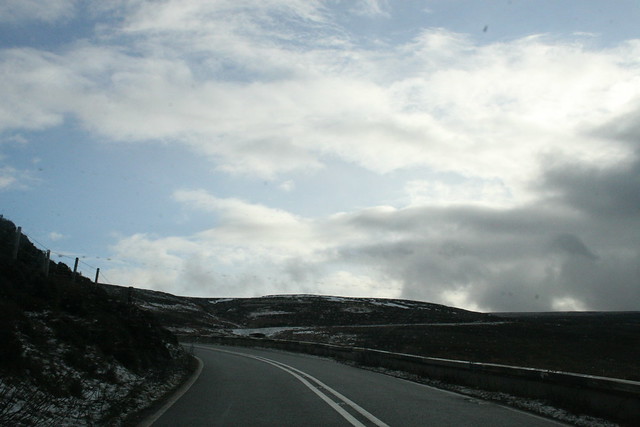 This weekends journey wasn't quite as magical but it was still nice, and we nearly got caught in a blizzard on the way home, which was exciting but perhaps not so nice. 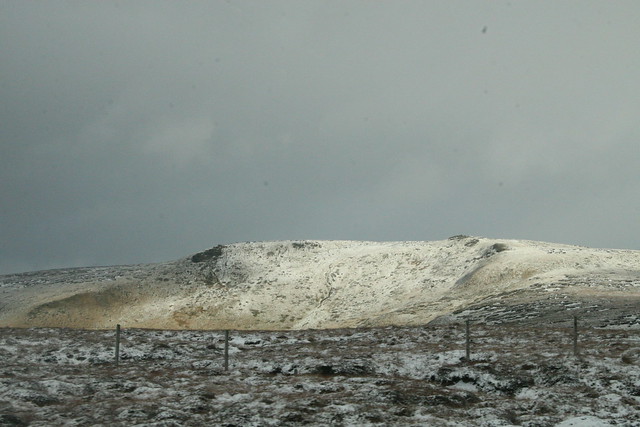 It snowed the tiniest amount here on Sunday and didn't settle so I was really disappointed.  It says it might snow tonight but I'm in a hump with the weather and I don't believe it.  If it's cold I want my monies worth and I want snow. 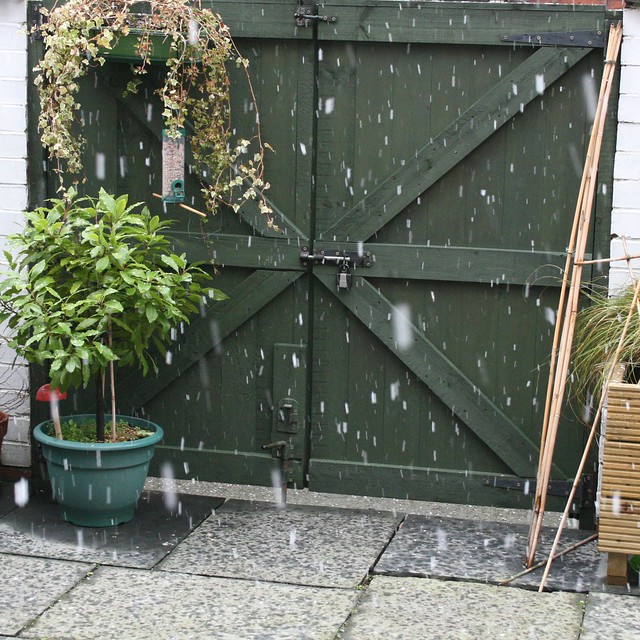