Running out of yarn is never a good thing but it's even worse when you're right-at-the-end of a project!!!

Now I have to be honest, I've actually sewn in all my hexagons but I don't think it's quite long enough so I decided to make another two rows - in doing so I've decided I'm not going to post any more blanket photos until the end... Yeah I know, that's really mean isn't it! x

I only had a few to make so I whipped them up quite quickly :) 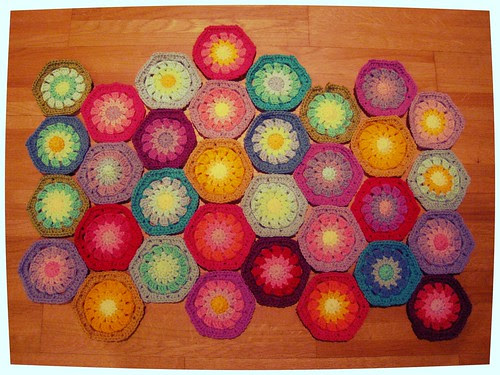 Sorry for the terrible lighting... I wanted to photograph them before I started on the cream edge... It's the cream edge that's causing the grief! For some reason unknown to any logic, when I ordered my last lot of Stylecraft I thought to myself "shall I buy more cream, I'm running low" and then decided not to. And then I ran out.

I decided to frog this for the cream lines (and also because I decided I didn't like it and I'm never going to put my laptop away anyway) and I didn't even take a photo before - it was at least twice as big! 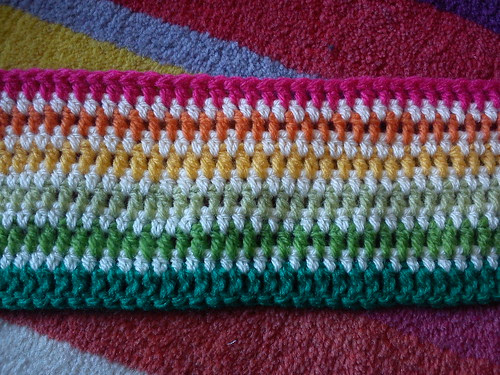 I ran out of that thinking I'd put a edge on every last one and then found more hexies I'd lost under the sofa... So I ripped out the very last cream row of this! 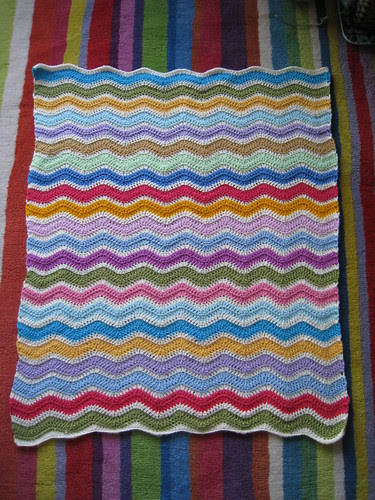 Still it wasn't enough and I really couldn't keep frogging everything... I realised I hadn't made any half hexagons which also need borders, and I want to crochet around the whole finished thing in cream to tie it all together - so guess what? I've ordered more cream. Horrah for ebay!!

Am going to see what the other One-A-Day-ers have been up to - you can do the same if you click the banner above :)