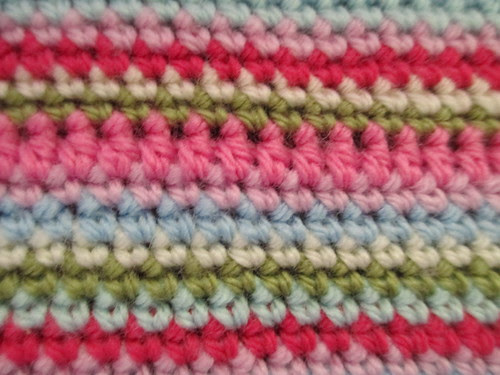 I've taken the day off to keep J company who's had to phone in sick :( I suspect it's a 24/48 hour man flu but TLC had definitely been on the menu. I'm glad of the day off though as it's given me more time to do thing things I didn't get to do on Saturday when I went off rock climbing to Windgather Rocks in Derbyshire. 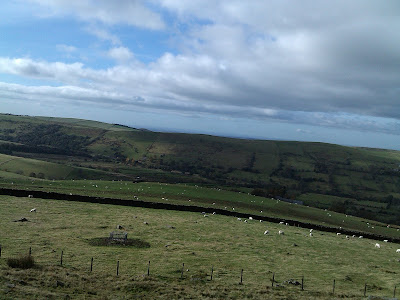 I haven't been outdoor rock climbing much, mostly due to the weather and other commitments from our two more experienced climbers. The weather was fantastic but absolutely freezing, and if it hadn't been for Milo I think my hands might have dropped off. 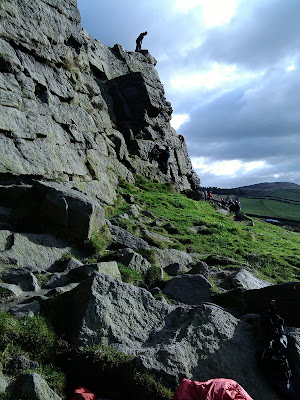 Milo has been our climbing companion several times now, even if he can be a pain in the arse!  He nearly tripped up some poor man who's day might have been severely ruined! 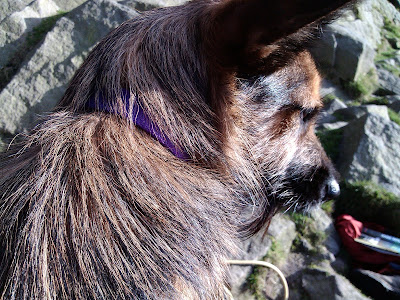 So today between supplying J with food an drink I've been busy knitting up a hat, but as I don't have any photos to show you I thought I'd share my Little Woollie inspired Cushion progress instead.

The stripes have taken a bit of a hiatus since getting the knitting bug again, but here's where we are: 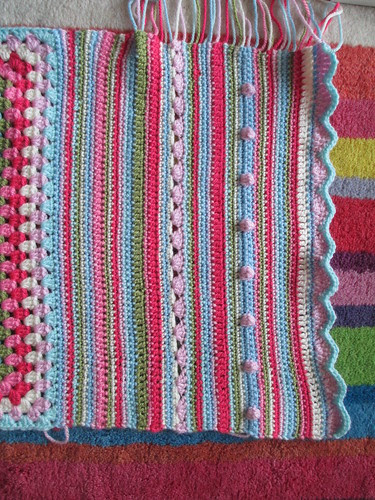 The first several rows are basic Double Crochet (US Single Crochet) which I really love.  I was going to do the whole thing like this but changed my mind.  The 6th row from the top (pink/ Stylecraft Shade Fondant) is a row of Treble Crochet.

This stitch I think is a Double Crochet Cluster?  I'm not sure but all the patterns are on  Little Woollies blog which is where I'd be heading if I were you :)  There are also loads more patterns / stitches that I haven't used yet and probably won't as this is such a small project. 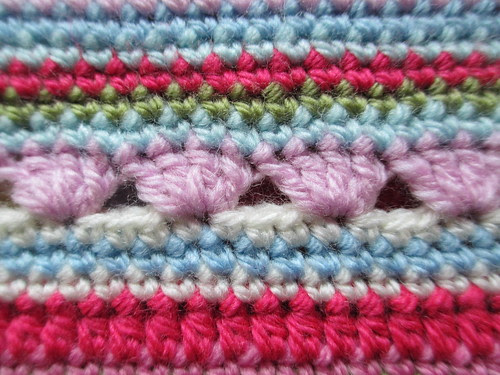 Now this stitch is one of my all time favourites now.  I absolutely love it!  It's called Bobble Stitch but I think I've also heard it with another name.  It's so easy to do but looks so cute! 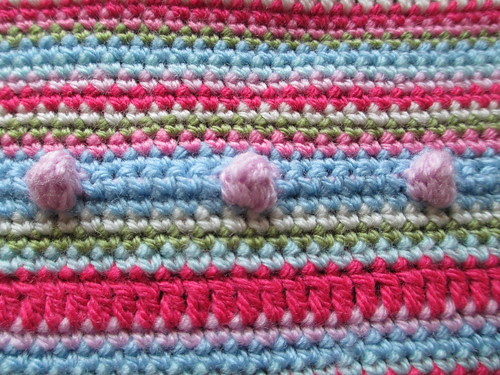 Lastly are some chevrons which aren't quite finished.  I think there should be another row like the pink to square it off.  Then I'm probably going back to some regular Double Crochet for a good while. 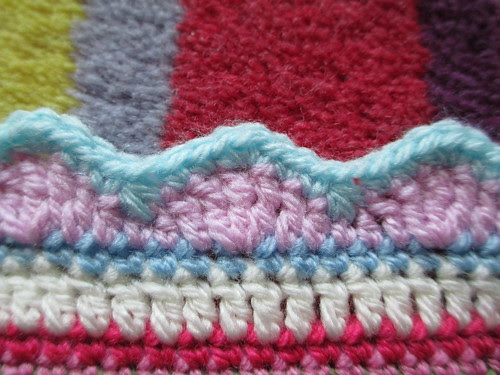 Here we go!  I've realised just how wonky my granny square is but I'm not too fussed.  I did see a great tutorial (afterwards...) about how to stop this - if I could remember where from I'd share the link, but I think the idea was you didn't start a new round in the corners, start along the sides in complete randomness :) 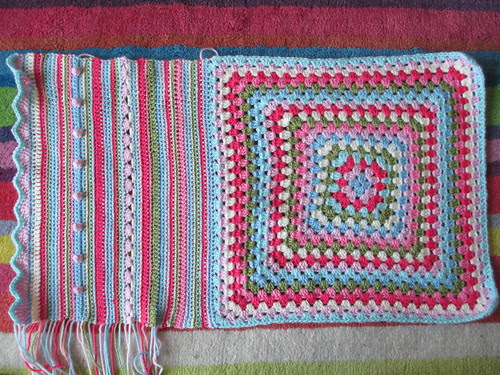 I'm going to get back to hat knitting now.  I'm absolutely bursting to finish it and share with you.  Lets just hope I don't have another "Goldilocks" moment.  I'll give you a clue: Too big, too small, just right?