The cat in the hat

This weekend I am mostly thankful for not being dragged up a Mountain. This time last week I was somewhere walking up Snowdon in Wales. "Come for a walk" they said, "it will be fun!" they said. What was presented to me as an "easy" walk turned out to be eleven miles. E-l-e-v-e-n miles! The top had snow, lots of snow & lots of wind. I wasn't prepared for this. Today I've stayed indoors, tucked under a blanket, just to make up for that. 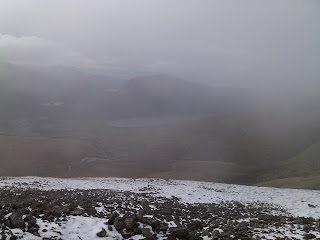 I did do a bit of climbing which while scary was also jolly fun. Again, today I'll be staying indoors, tucked under a blanket, just to make up for that. 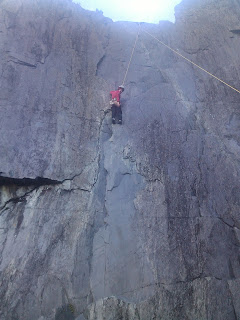 I don't usually put my face on my blog, but for the purposes of taking photos of hats there's not really any alternative and there's no one else who's going to model for me.  Except my fluffy owl :) 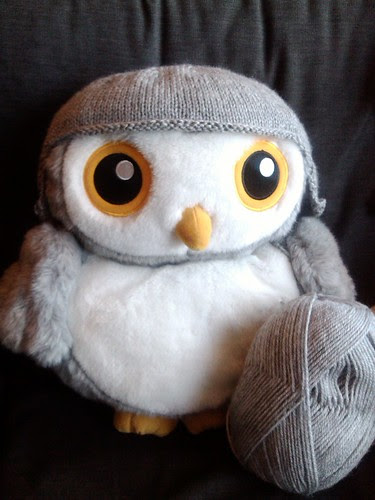 This is actually the second hat I made...  The first was meant to be a white panda hat from a free Deramores pattern.  I'm pretty sure I followed the pattern exactly but clearly it was meant for a giant with a giant head.  I wish I'd taken some photos before I frogged it, it looked like some sort of bank robbers mask!!!

So, I found another pattern on Ravelry which has ear flaps - hurrah!  This pattern called for using DPNs at the end and I even managed that!  At the end of every round I had the right number of stitches - this has never happened before! 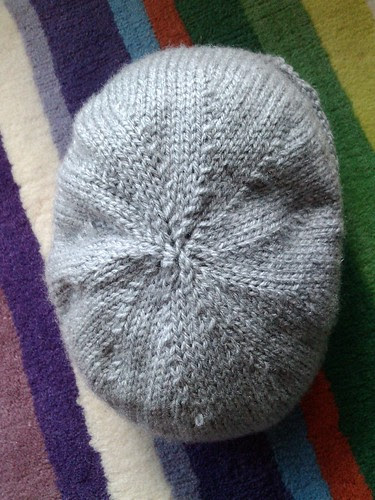 Look at those decreases :) 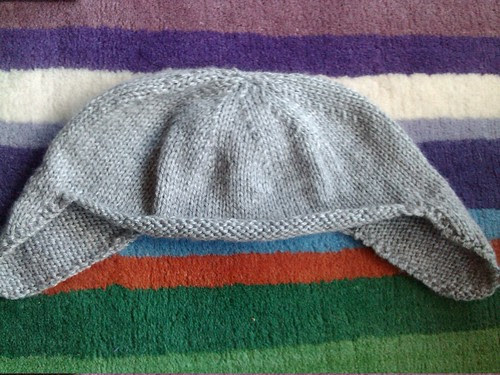 It was only at the end I realised I'd started to decrease way too early and the hat was pitifully small.  It's destined to be fluffy owls hat now (cos he really needs one right?)

I cast on again straight away...  This time I knitted many many rounds, certain it would be long enough. 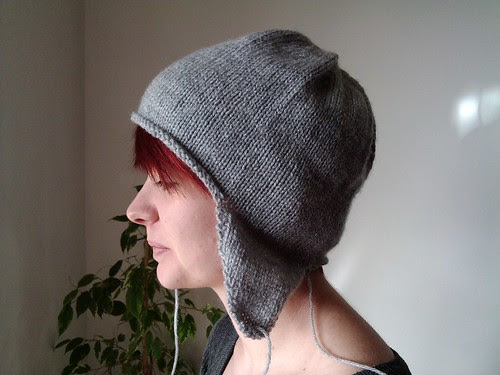 Ta dah!  Well not quite, there's more work to do but IT FITS! 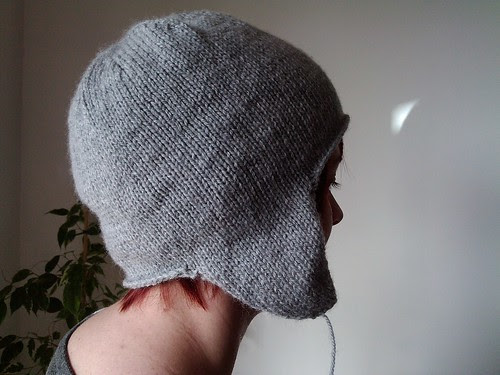 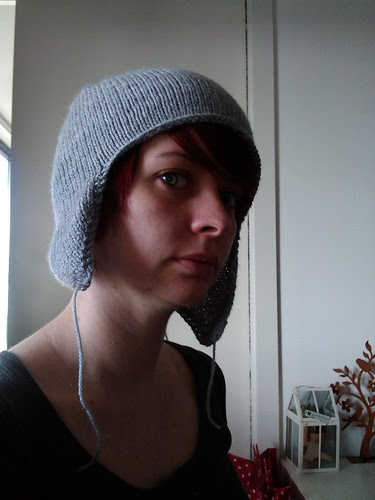 And this was my progress from last night - ears!! 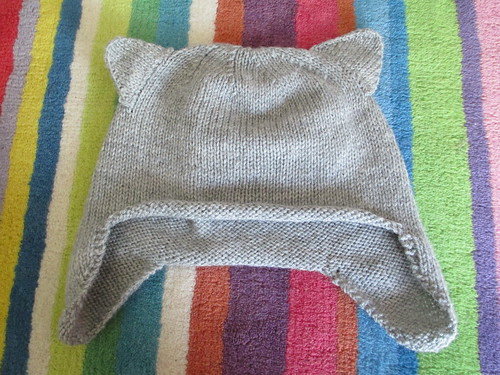 I'll be writing up my own pattern at some point.  It's obviously a modification of the one from Ravelry but I had to adapt it to use 4mm needles and your good old DK yarn which I figure this is the most common yarn / needle size in the UK.

I've made a nose and I'm now on the hunt for some buttons for eyes...  Watch this space :)