It's beginning to look a lot...

I just don't know where the time has gone, it's been almost a month since I blogged! Since the end of November I've been pretty busy, first my parents visited to see the Christmas Markets (I got a cold but managed to plough through with mulled wine!) then J & I headed to London to see friends and have early Christmas celebrations.

I've been stressing over presents (super un-organised this year!) and needed a bit of calming down at one point, I've realised now there's no point buying presents for presents sake, I'm hoping the ones I do have are thoughtful enough to make up for it :)

So I've been furiously knitting & crocheting to try & get some presents finished which I can't really share until after the big day. I'm probably pretty safe mentioning that I'm knitting up something for J (I don't think he reads my blog, but just incase I won't give away too much detail & he is sat right next to me...) but I have to do it when he's not around so pretty much every second of my lunch break and the 45mins between getting home & J getting home have been spent doing that - not much time for other things or blogging!

Yesterday before he went out for his Christmas Do (not hung-over either!) I decided to do something completely different & crocheted up this little fella :) 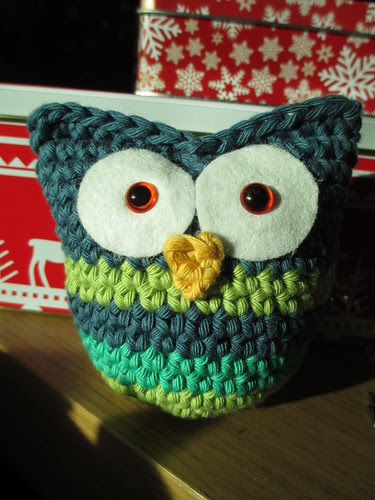 He was super super quick to make, I mean really quick & dead easy! The pattern came from Hopscotch Lane which was a beautiful blog and I suggest you go have a look! The pattern is here. It's written in US terms but the only stitch is US Single Crochet so just remember it's a UK Double Crochet et voila you're away :) 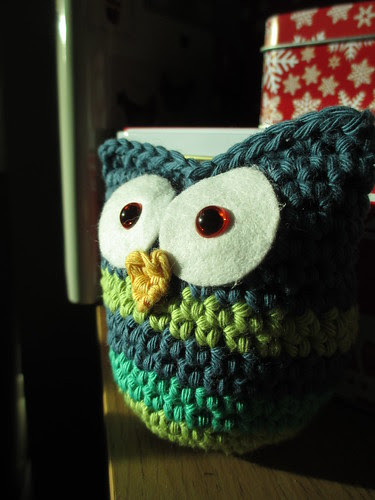 Isn't he cute? I've used left overs of my Drops Paris yarn. I still get annoyed with it's splittyness (do I say this everytime I use it?) but the colours are wonderful and it's quite a solid durable yarn - the rug I made with it still looks like new!

I didn't fancy crocheting the eyes because truthfully my fingers & hands feel like they might drop off. I'll give myself a break after Christmas :) So I used some white felt with a 2p as a template and some safety eyes.

When I'm not freaking out about presents or knitting I have been enjoying the finer things about Christmas, mince pies & festive mugs :) And our tree also went up without a hitch (if you dis-guard taking the lights back off because they became super heated & melted (yes melted) and were promptly returned to Mr Dodgy Ebay Seller) the baubles are up and with our newly purchased LEDs (100 for £5 in Morrisons, bargain!) are on - all I need now is a less weedy looking tree for 2013! 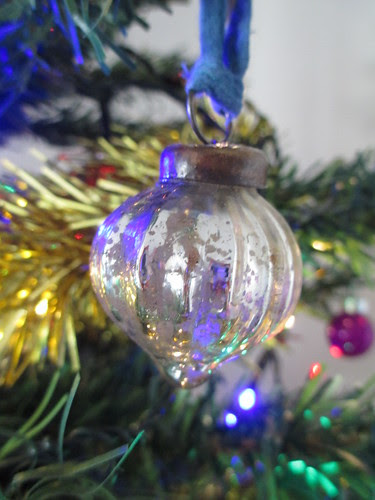 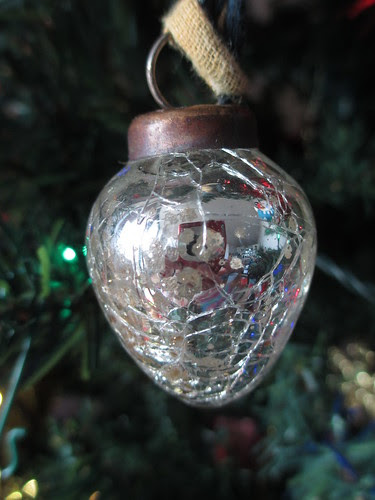 And if I don't blog before Christmas have a very happy, festive and safe one - see you in the New Year :)