This post wasn't meant to end up being a review but I got a little carried away! Who know, this might be useful to someone :) I haven't mentioned (I don't think!) the awesome knitting needles I got for Christmas. I say "got for Christmas", really I got them for myself, let my little brother wrap them up and give them back to me... They are flipping brilliant! 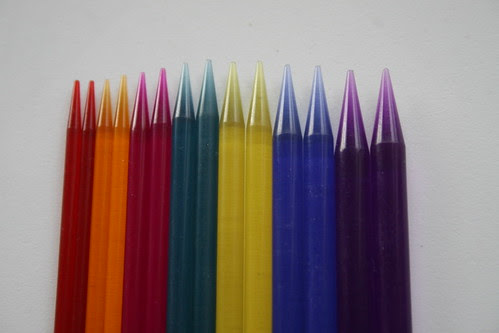 Anyone who knows me knows I'm a colourful person and I've managed to replace most of my old grey needles and hooks with lovely colourful ones :) 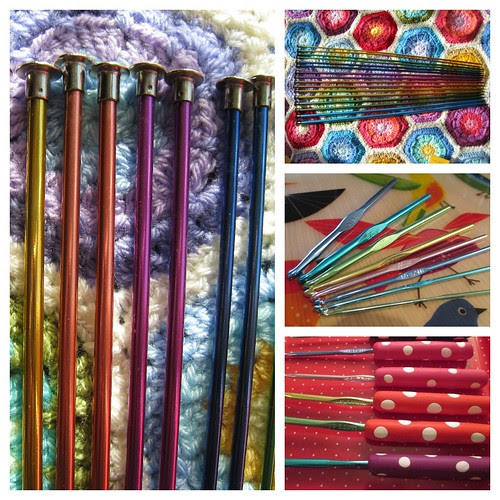 I've wanted interchangeable Knitpro circular needles ever since I saw then on Crochet with Raymond and I nearly got the pink set but then by complete chance (and because I was trying to avoid buying from Amazon, tax dodging cheats) I came across a rainbow set. Swoooooon! 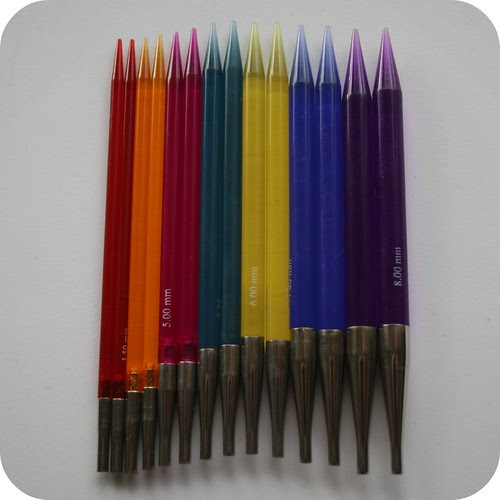 Mine are the Trendz set which come with four cables (60cm/24', 2 x 80cm/32' & 100cm/40') end tags so you can take the needles off but keep the knitting on the cable, 8 needles (my 4.5mm are being used right now!) and a case for them all which is quite handy. You can find loads of different types on their website. 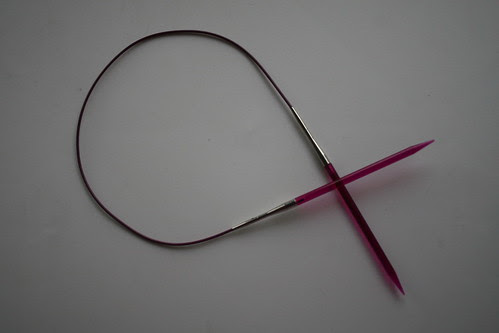 The size markings look like the might be rubbing off which isn't great but I think I can manage to work out which is which. Alternatively my dad has one of those little drill things that you can etch with so I might try doing that... Might! 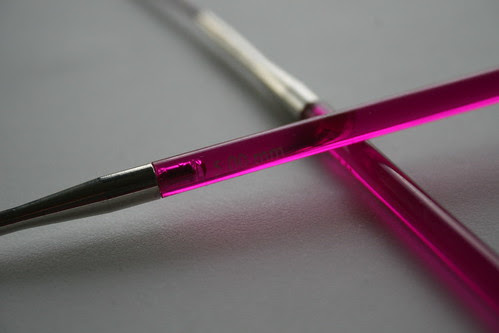 I was a bit worried about the needles coming loose from the cable but once screwed on (and there's a little tool for tightening) they're great! I've been knitting up a snood and haven't had any problems so far, yay! 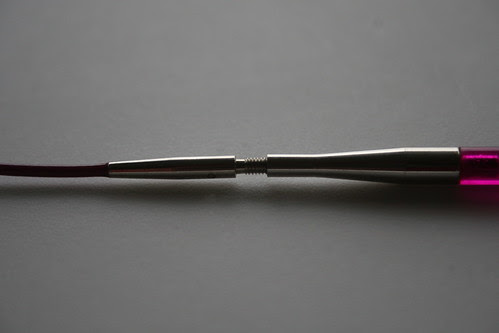 This is the case with added Ham sticker :p I cut out the size guide from the packaging so I know what's what. I wish the needles were metal like my regular needles and hooks, sometimes I find acrylic needles a bit sticky, but once I've started to knit I've noticed they smooth up so it's not a big problem. Just hoping being plastic and quite thin that they don't end up snapping one day :o 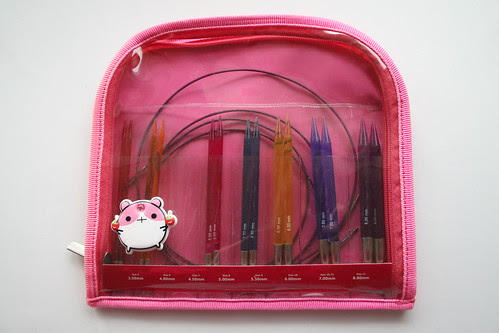 I was going to share with you the first project I made with them but I've written so much about the needles themselves I've sort of run out of steam now! I'll get back to a proper post about knitty things very soon, and I may even share my new bike. Oooooooooooh!!!