We wanted to be the sky


Procrastinating
I have been very good at this lately & I can't quite put my finger on why.  I haven't written in weeks, I've got lots of things I've been meaning to sew but just don't 'feel' like doing them, I've been putting off sending emails, phoning friends or sending messages for 'another day', I haven't checked Feedly since before Glastonbury; I have 394 unread blog posts.  Crappity crap! 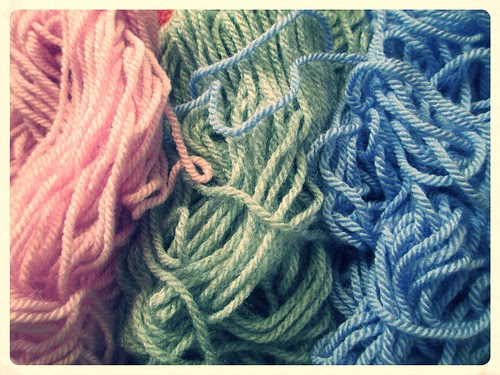 I'm going to fix a skirt that I sewed up pretty badly later this evening and I am blogging as we speak!!  I've sent messages to a couple of friends that I'd been meaning to catch up with and I've read some of my fave blogs which has massively cheered me up - well, made me feel better, I have to say I'm pretty cheery as it happens, just a bit off balance maybe?  I do have a lot to catch up on though so here goes...

Crocheting
Today would be 'Tuesdays Tallies' if only I'd kept up, but hey I'm still going with this one right?  I ran out of a few colours which I mentioned in my last post so I've introduced some light grey.  Unfortunately it's just a cheap acrylic yarn & I've no idea where it came from or who it's made by but it's fairly soft, just not Stylecraft soft :( 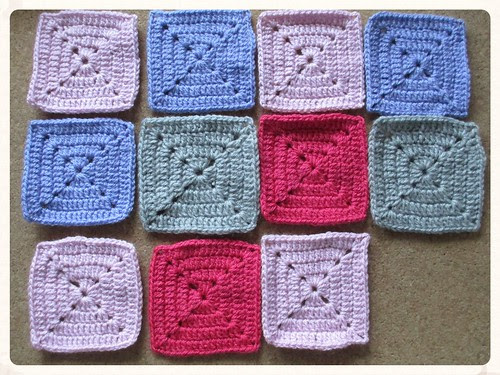 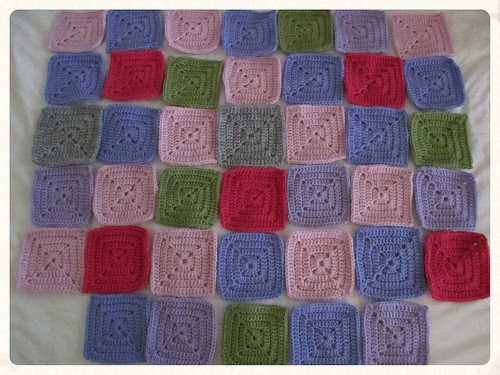 I think it's working quite well but I've definitely got too much of the pale pink going on (I just have a lot more of this left!) I'm going to have to raid more of my yarn stash I think to find a new colour to add, but for now one thing is clear; I need to stop with the pink! 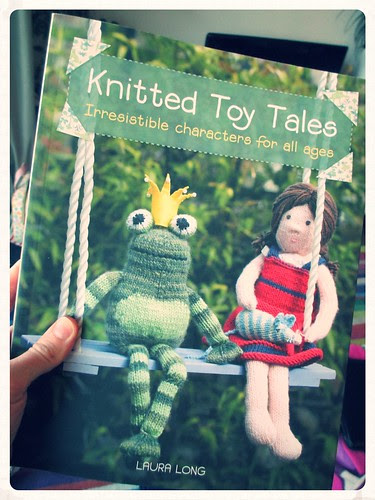 She was originally intended for my friends baby (she's due in November!) but while sewing all the legs, arms, ears & patches on a little voice was saying "this might not be baby safe!" and another voice was saying "keep it!" and another voice said "I'll have it!" - that last one was my mum.  Ok, those weren't her exact words, it was something along the lines of 'maybe it should be for an older person' and a certain someones age might have been mentioned.

Well, bear who has not yet been named - or photographed even - went home with my mum & dad yesterday morning when they left ours after a lovely long weekend.  My mum is under a promise to take some lovely photos to share with you all. 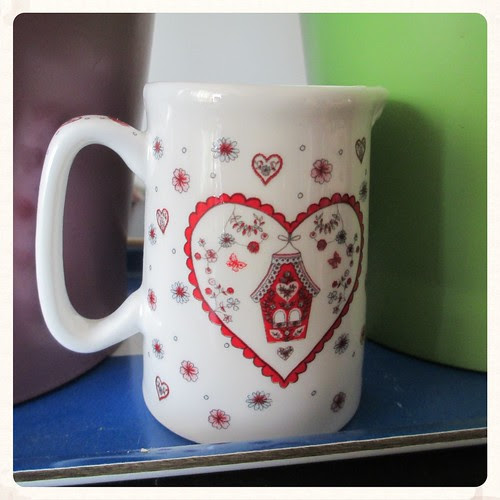 I would quite like to own one of these (houses, not the vase because I own that, isn't it cute?) it would seem that luck isn't on our side.  We thought that the house had just been over-valued but actually it's much worse!

It's worth bang-on what we've offered, if we get a full structural engineers survey done because the chimney breasts were removed & therefore the chimney isn't supported.  Oh, and if we get the wall built up in the loft so we can't climb into the neighbours house.  And if we get some cavity wall ties checked.  And have a damp, timber & electric check done. 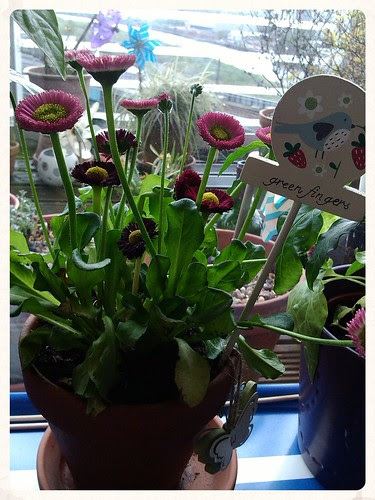 HUH? When was I informed that house buying would be this complicated?!  Needless to say things have stalled to pretty much a halt.  Infact we've gone backwards in as far as we've started to look at other houses, just-in-case.  Bummer!

Everything else
Maybe everything else would be too much, probably best to be shared another time - like the promise of teddy bear photos, or the RHS Tatton Park Flower Show, or shopping bargains :)
x x x x
Posted by Nicole at 20:59