It's a happy but bittersweet moment finishing this blanket.  It's been so enjoyable to knit and completely different to anything I've made before.  I'm probably repeating myself, but I've always loved stripes knitted in garter stitch and I've always wanted to make something at random, with no pattern or pre-planned colours.

I think I've done pretty well!  2 weeks ago I took some some last photographs before finishing.  Again, with no real idea of how long I wanted it to be I decided I'd stop when it looked right. 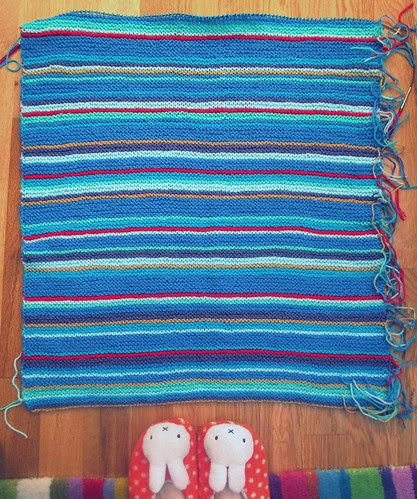 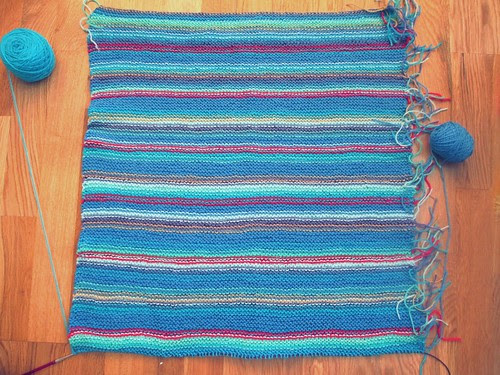 I spent the rest of the week knitting rows and rows of stripes until J agreed it was long enough.  Hurrah!  It should be long enough to last for a few years hopefully and not just the baby months.

Because it's garter stitch it's really stretchy so the ends I'd attempted to sew in just came out.  I totally decided to cheat and sew on a fleecy border like bias binding, only I didn't cut it on a bias so I guess it's just binding :-) 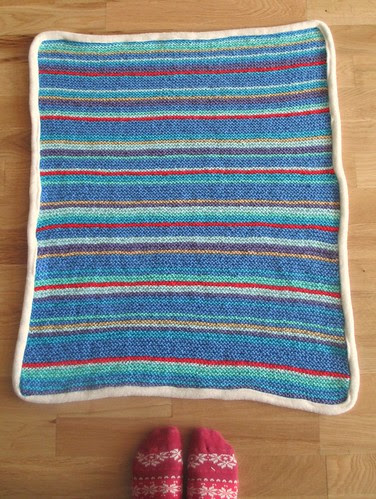 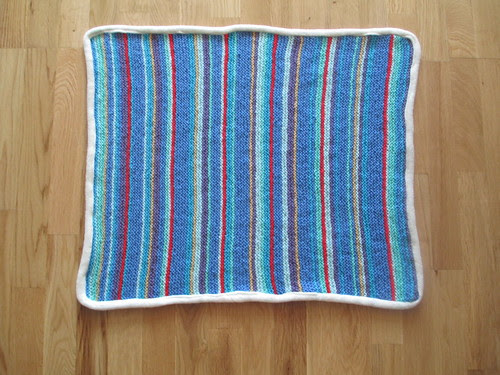 It's a little wonkier than I would have liked but I'm pretty sure my friend isn't going to be laying it out flat very often.  It's going to be folded, tucked, chucked, dribbled on...  So I'm not too worried.  Sewing onto knitting wasn't actually as hard as I expected although it is quite stretchy. 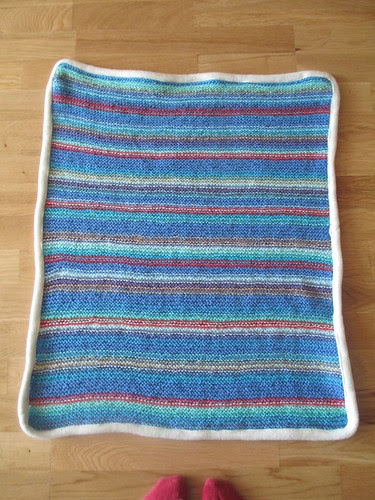 The reverse I still quite like.  It's got more stripes to it than the front, just the way it works when changing colours, which I can't really explain 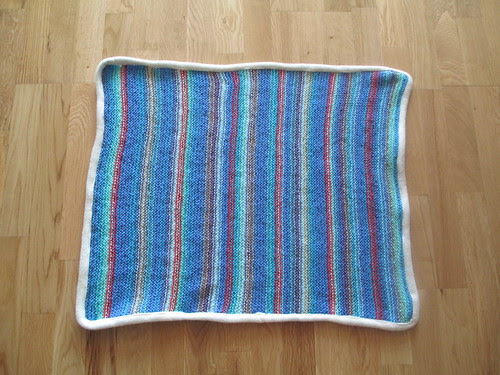 And so it sits rolled up in the obligatory sausage roll shot, waiting to head down South 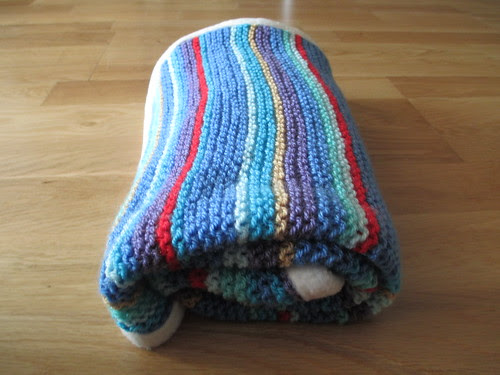 I've missed my friends baby shower, one of the things which makes me sad about living so far from 'home', but I'll be seeing her in a few weeks and her baby might have been born by then so it's very exciting! ♥ 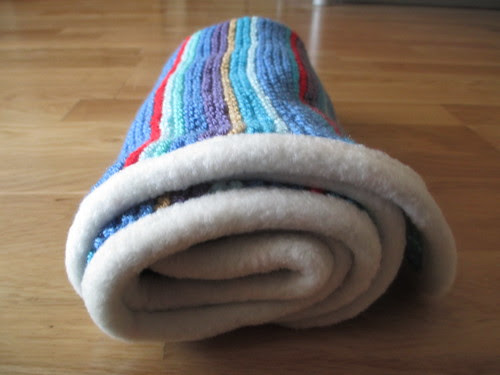 The border is lovely and soft and it was a brilliant way to secure the ends.  I wish I'd taken a photo now, but basically I sewed the fleece on one side using zig zag stitch, and sewed right over the ends so they're not going anywhere.  Then folded it over and sewed it onto the back. 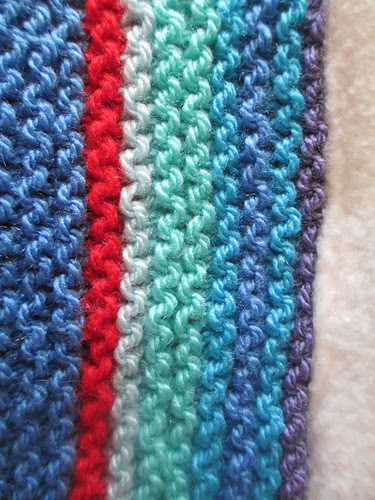 It's so fluffy that in some places you can't even see the stitching although it was a total nightmare unpicking it when it went wrong!! 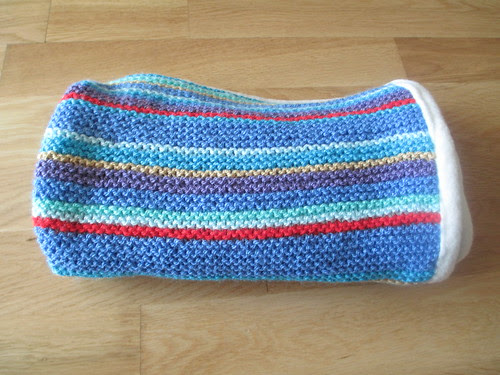 So that's it, another project off my needles.  I'm working on a couple of other things at the moment, including my first piece of knit wear!  Aran jumper lovers stay tuned!