When Frankenstein came to work

So...  I was going to share some photos of how far I'm at with my blanket but I'm just too excited not to mention this instead!  Warner Brothers are filming the new Frankenstein movie and some of it was being shot today next to where I work!

I went for a sneak peek on my way in...  Look at the set!!  There's horrible little dolls on that shelf in the middle, signs, new papers, fires (!)...  Just amazing 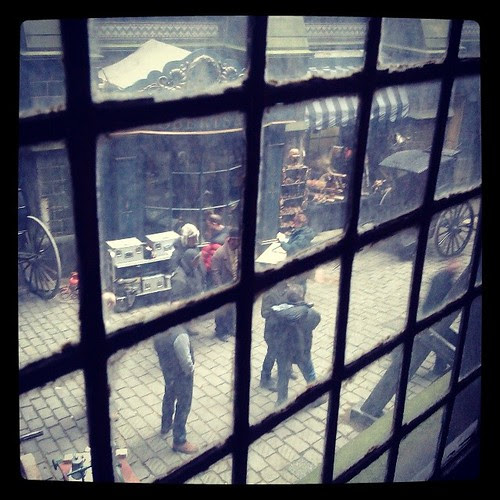 They've been building for a good week now and we've seen bits of it because the basement's where our bikes are stored.  The building really does lend itself to this kind of era and although they've done a massive transformation the cobbles and the stone work are all original.  Even without the set it's a fantastic place to visit if you can. 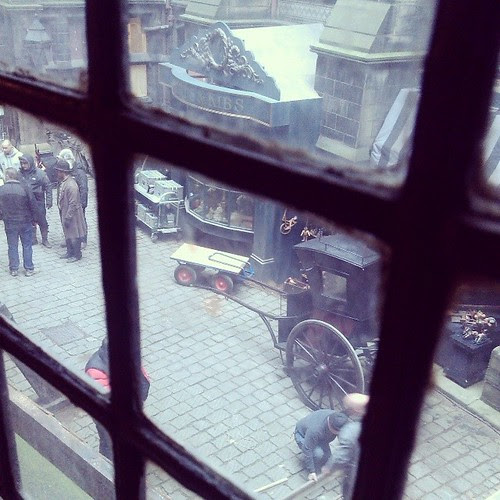 I absolutely love the set though and I want them to leave it when they go!!  There have been people wander around in costume all day, horses, carriages...  It's flipping brilliant I tell you.

At lunch we thought we'd pop down to see if anything was happening. I know Daniel Radcliffe and James Mcavoy are both in the film but we were really just expecting to see props and extras.... Well!! 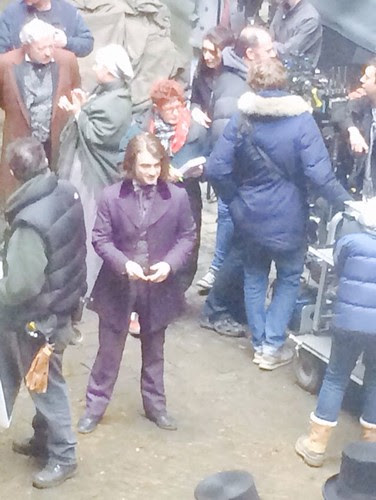 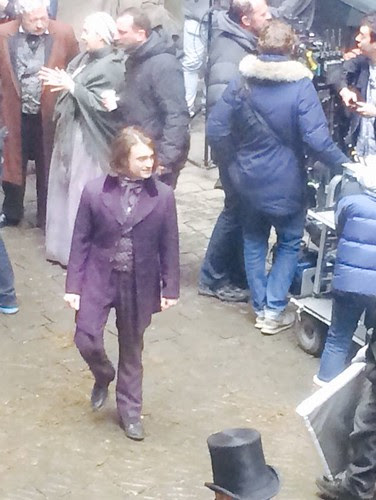 It's Harry Potter Daniel Radcliffe at my work!

I'm am a self confessed Harry Potter fan, so while all the other girls are work were swooning over James (although I'm not sure he's even here!) I was really excited to spot Daniel filming a take. Woooo! 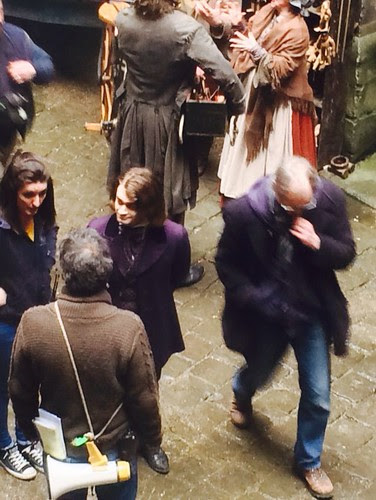 The photos aren't great because our windows are a bit grubby to say the least, but hey it was a lot of fun and definitely a case of being in the right place at the right time.  I'm hoping that this video plays, and that Warner Bros don't see this hahah


And a warm up at the end, because it is a bit cold up North!


Normal knitting service will resume when I've calmed down a little ;-)