Once again all of my friends have decided to have babies at once, now I may be exaggerating a little but I can count 4 who are due between September - November; there are 8 other months of the year guys!! Joking aside, I know it's not as simple as deciding when you're due date is going to be, but if my friends could plan with me first that would be great haha!

I'm currently working on two blankets and this is where I need help.  I used a random stripe generator on a site called Biscuits and Jam which is great for getting a finish that you want while still being random.  Randomness isn't something I've previously been good at so this tool is fantastic.

So far it's a complete crazyness of colour and I'm really hoping that my friend will like it.  Looks ok so far right? 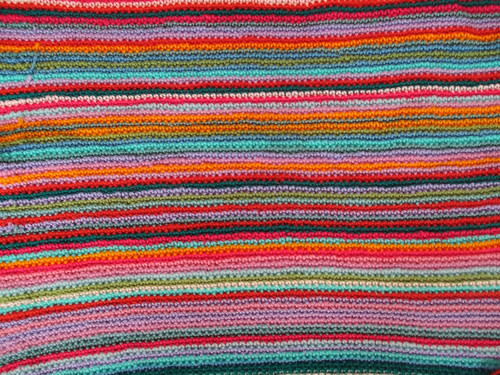 But why has it gone so wonky!! 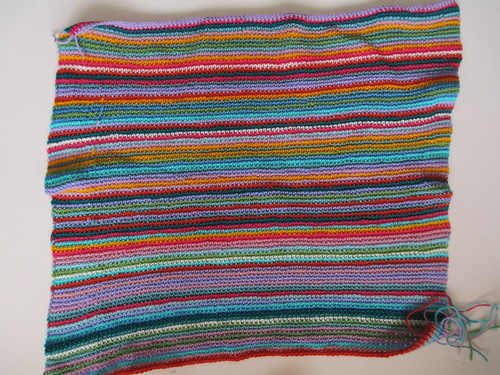 At this point I can't restart, but if there's something I'm not doing right which is making it lean like the tower of Pisa then I'd love some tips.  I'm using UK Double Crochet (US Single Crochet) and starting from the same end on each row.

I'm not sure whether pinning it straight and blocking it will help, so yeah, if anyone has any tips or advice please let me know!

My second blanket is going much better, although this is now the third attempt at getting the pattern right 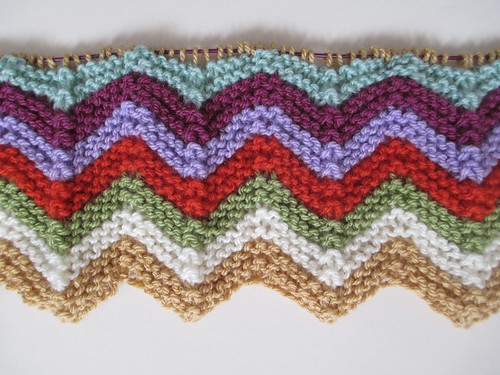 It's a pattern called Rocky which I bought from Ravely, by a designer called Suzie Johnson.  It isn't all that complicated but I found until I'd established the pattern that I kept mis-counting, so on my first attempt I completely messed it up, attempt number two was nearly there but I'd missed the increase at the start on one of the triangles which didn't get any better the more rows I did, so I started again.  Attempt number three (as in the above!) isn't perfect but even I can't tell where I've had to increase or decrease to get back on track so I'm sticking with it. 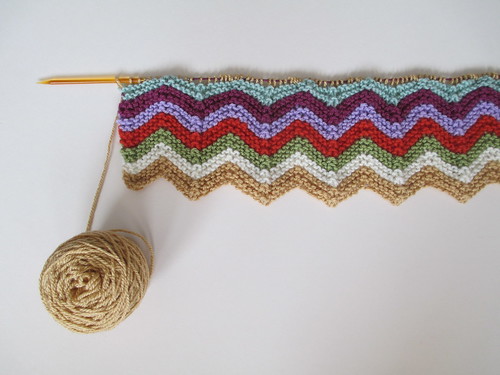 For a baby blanket it's a lot wider than it needs to be but there is absolutely no way I'll be starting again!  This will probably be for our new niece or nephew so it can last them forever ♥ 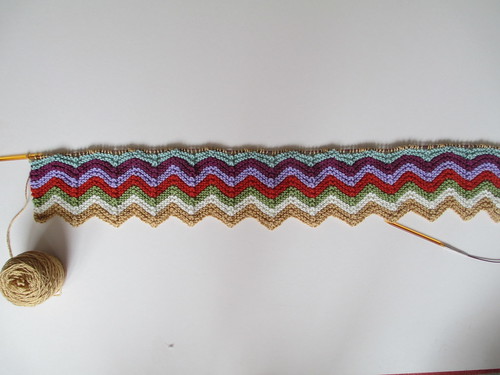 I'm going to enjoy some more bloggy reading and catching up on what you've all been making while I've been awol! Back soon!