What a night, was anyone else woken up at 4am by the thunder and lightning?  It was amazing, I love a good thunder storm and I saw the bolts of lightning instead of just flashes in the sky.  Actually this happened at Glastonbury so I don't know why I was so excited but hey ho.  Oh and it's just started up again!

A few people have asked how I got on at the Cheshire Show, where I entered this knitted cushion. 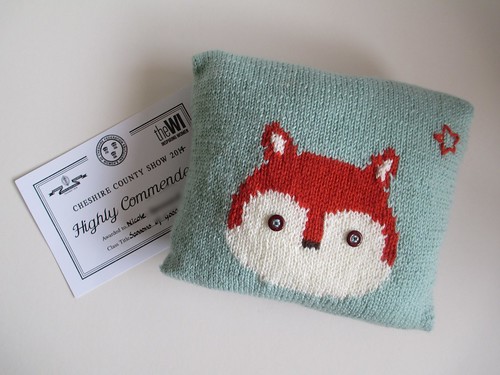 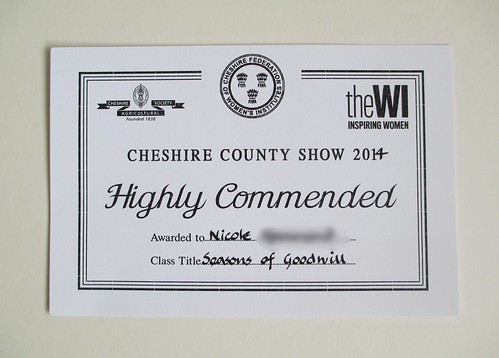 I'm really really pleased, ok it's not an actual prize but they must have thought it was alright!  I think their comments were fair too, I didn't quite get the colour changes right but I'm super pleased with my seams and apparently so were they 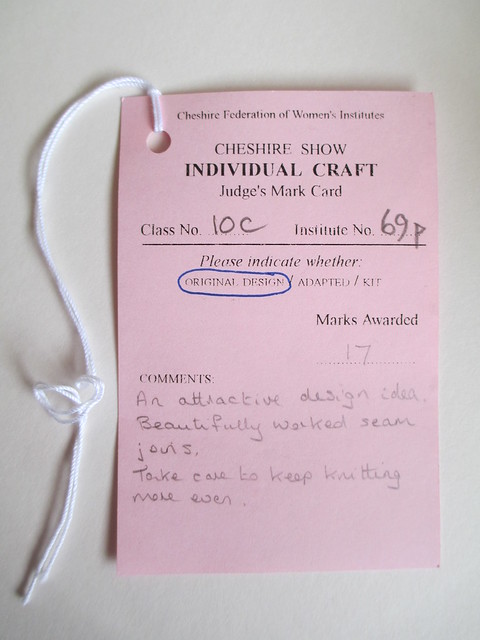 It says "An attractive design idea.  Beautifully worked seam joins.  Take care to keep knitting more even".  I can't argue with that.  Now bring on 2015!  As a WI our group also came 2nd with the most number of prizes for a new group, which wasn't bad considering we didn't even know that this was a category.
Thanks to everyone who convinced my to block my wonky blanket called 'Muriel'.  The lovely Christina explained that this has happened because I've started to crochet each row from the same end, instead of alternating my stripes.
I had a bit of a wobbly and was going to start over but I just couldn't get inspired, so I thought I'd try blocking it and I'm so glad I did!  I should have taken photos at the time because I've added a few more rows so its started to slant again, but I'm feeling a lot more positive about it now.
I'm absolutely loving this knitted retro blanket... 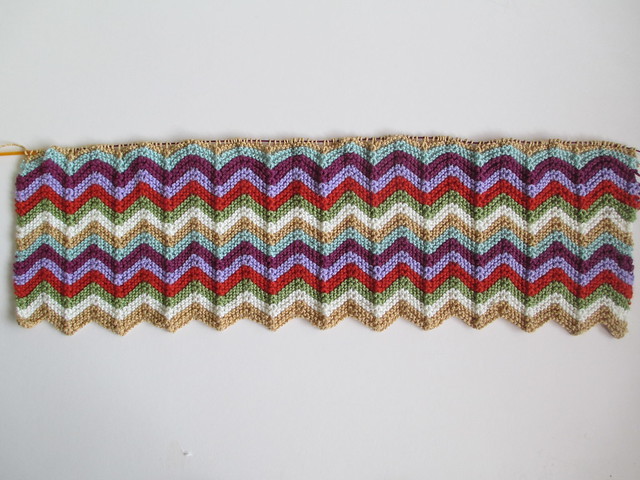 It's such a rhythmic pattern and I love the colours which I tried to keep to the original as closely as possibly, although I left out brown because I don't have any.  I'd definitely recommend the pattern and it makes a nice change from crochet ripples ♥ 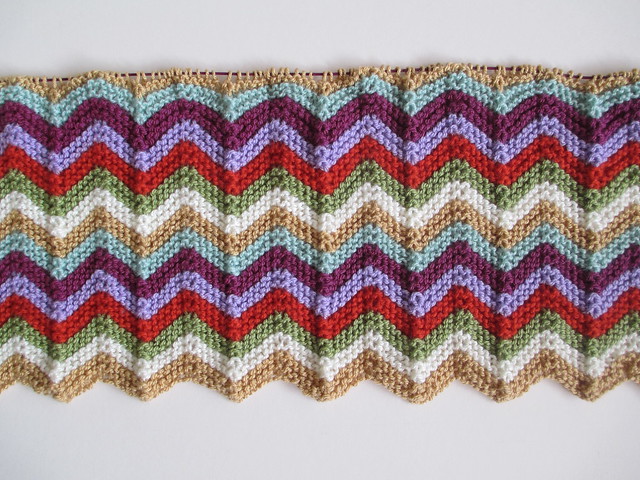 Better get off now, we've decided to our for tea so I need to get ready.  I can't decide if I'm looking forward more to the food or the wine ;-)